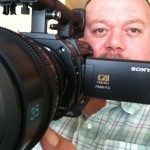 Making videos for clients isn’t easy!  Sometimes you may look at a video and think “Meh, I could do that no problem”, while other videos are…What am I talking about, they’re ALL difficult or should I say, challenging! (I love that word, has many meanings)

What I find…”Challenging”, isn’t necessarily the Filming, the conditions on location or dealing with the customers etc.  No, it’s the logistics of the shoot, working it out and breaking down the day, especially when it comes to multiple video.

You may think if there is going to be 5 videos, then you shoot the relevant footage in sequence, dealing with 1 video subject at a time.  The reality is very different from this ideal, the reality is that during the course of a day’s shoot, you’re overlapping, creating footage that can be used over more than one video, though being forever mindful to capture enough footage for every video.

Of course, you can plan this and create a schedule of the day, so you know what areas you’ll be covering, but often if a company is multi-sited or will include Testimonials from their customers, then you won’t have been to those locations…and of course, anything can happen to throw a Spanner in the works!

Of course, the Weather is a major factor, especially as we only get 2 days of Sun in this country! Anyway, what I’m going to talk about today, is a case study of a client that had multiple videos, all shot within one day (afternoon and following morning).

The first hurdle was that fact they are based in Scotland, in Edinburgh and Glasgow.  Not a problem if you live in any of those Cities, however…I don’t…though I do try to hide my Midlands accent.  So the first hurdle was getting to Scotland and a 5.5 hour journey in the Car is long, however it’s now at the point where I don’t think about it and it’s a good time to collect my thoughts, oh…and listen to Radio 4!

The purpose of the visit was for a Planning Meeting, to ascertain the requirements for the video, get a feel for the type of company they are and what they can deliver and to generate ideas.

I met with one of the owners and an individual from the Marketing company they use to go over the video.  While I always research their website before hand and look at relevant videos in the industry, I like to go with a fresh approach and not have too many pre-conceived ideas.

I have a set of questions that I ask and often tailor them to the industry I’m working on, however some of them are quite simple and a little vague, because I’m not only trying to gain information from a client, what they do, how they do it etc  I’m also trying to gauge their ethos as a company, what drives them, what are their instincts and at the forefront of their mind.

Might sound a bit “airy fairy”, but this aspect is huge for me, because it kick starts the creative process.  It’s funny, sometimes it freaks customers out a little, because I’m actually composing the video, there and then, in real time. I’ve formulated my questions in such a way, that the information they tell me, invokes imagery and I start to see the video, the shots, Camera placement, tempo, music…right there in their office.

I would be lost though, without my trusty Tablet (of the Fruit variety) as I’ve become the fastest typist in the West with it.  Once I’ve gone through my questions and answered their questions, I’ll have the framework, the skeleton of the video in my mind already, so that we can make decisions at the meeting.

With Len Lothian, the scale of work that they do, the history they have is immense and they had concerns about trying to cover all of this in a single video, would make it almost unwatchable, as it would need to be a Documentary!  It was clear at the meeting, that the multiple video approach was needed.

After coming up with some ideas, I went back and fleshed out the ideas some more, however I don’t storyboard in terms of images or photographs (though I always take shots of the locations at the meeting) but I put together a brief, a run down of the company so that I know and they know, that I know…what they do.  I then broke down the videos into individual pieces and gave them the information that would be required to fulfil them.

In this case, I broke down their videos into:

Ok, I said 5 videos!  The 5th video was created from elements of the above 4, with extra footage, showing some of the history of the company and interviews with the owners.

So, the brief was approved and a shoot day was set.

Now, when I go out filming, there’s always 2 of us and will fill the Car up to the brim with the equipment, which includes 4 Cameras, Tripods, Lighting, Sound, Dolly, Slider, Crane/Jib…the list goes on.   A whole Production Studio, going up the M6!

In the next Part, we’ll be discussing the day of the Shoot!