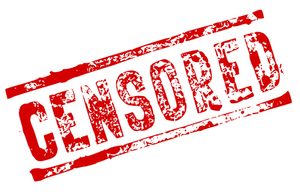 I was recently asked the question “What if we make something really controversial to boost the number of video views?”

It’s a reasonable question to ask. Our business is attracting new customers and as I’ve said before video is the best way to do that, so if we can supercharge our videos in some way shouldn’t we? I want to take a look at the pros and cons of using controversial ideas. Can they be used successfully and if so, under what circumstances?

That seems like a question that doesn’t even need to be asked. The answer is obvious, right? Or is it?

Wiktionary gives the definition as “Arousing controversy—a debate or discussion of opposing opinions.” To be controversial our video needs to rouse opposing opinions in viewers and I think just as importantly those opinions need to be strong enough that viewers will feel the need to comment, to share, to feel outrage or pride. This means that controversy can’t be an intellectual discussion of opposing viewpoints. It has to stir the emotions of the viewer and make them feel. Your viewers either have to be shouting “yes” and punching the air or slapping their foreheads in anger. This is the power and the danger of using controversy.

What Are The Benefits?

Making a controversial marketing video can be a real boost for your business. Eliciting strong emotions can help your video gain a large audience when viewers share among their friends and generally. They will do this in order to make a comment on your video, or to endorse it or to denounce it. Regardless of why, the important factor is the sharing.

Enlarging your audience gains you the added benefit of enlarging the spread of your demographic coverage. Let me explain. You have a group of friends on your social media networks. You have followers. They all have friends and followers. The closer to you that they are, the more likely they are to be of a similar social grouping, similar tastes and views. The wider your video spreads throughout your network and into other people’s networks the more likely it is to cross economic, social and national divides.

As your video spreads and begins the process of going viral it brings you brand recognition. Regardless of what the argument is about, regardless of how diversive it is, every view, every argument, every comment is getting your brand seen by more and more people. That has to be a good thing… right?

What Are The Dangers?

The dangers lie in the type of argument you have started. Creating controversy is easy. Being controversial without causing damage is hard. I don’t just mean causing damage to your business. I mean causing damage to viewers and society at large. I’m sure you can think of politicians who talk about controversial topics, (race, immigration, defence, inequality) in the most simplistic tones purely for the purpose of making people afraid. Fear is a powerful, basic emotion and people who are afraid are easy to manipulate. That’s why politicians do it.

The danger with this type of discourse, whether it’s in the political or business realm, is that it cheapens us all. The world is full of nuance and detail and every time we enter the public sphere with a story that deals in simplistic choices or arguments we make ourselves, as a species, more stupid. Adopting a simplistic world view makes us more simplistic in all of our thinking.

I just said something controversial. How did it make you feel? If you imagined a politician with whom you agree, the paragraphs above probably made you a little bit cross. Did you think about not reading the rest of this blog? That is the danger of courting controversy. If you make a controversial marketing video just to attract attention then you are opening up your business to anger and positive avoidance. What’s more if you are adopting a position just for personal benefit and without any personal principle, people (even supporters) will hate you when they find out.

To Be Or Not To Be… Controversial

If you want my opinion, controversy can be made to work but the argument you instigate has to be noble in its cause. It has to be thought-provoking in a way that challenges a deeply held conviction that is damaging. Lots of people believe things that are factually incorrect, that are damaging either to themselves, or their family or to society as a whole. 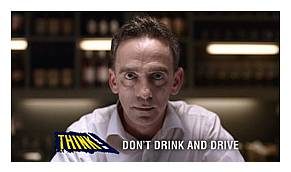 Have you ever read any of the original James Bond novels? James Bond drinks and drives all of the time. In one of the novels – I think it’s Casino Royale, please feel free to correct me if I’m wrong – James Bond even states that he drives better when he’s had a few drinks. That sounds shocking now doesn’t it? But it took a lot of controversial advertising to make drink-driving as unacceptable as it is now. That was a cause worth arguing over and it was genuinely simple enough for short TV commercials to tackle.

Conclusion: Controversial marketing video could be great for your business but for the sake of all of us, use controversy to be constructive not destructive.