Home » Knowledge Centre » Business Advice » Is Controversy the Best Policy in Marketing?
Get a quote
× 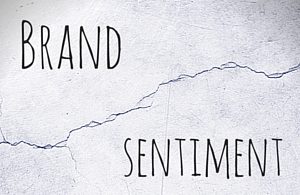 Making a big splash and getting people talking has been a marketing tactic since marketing began.

Brands from Coca-Cola to Harvey Nichols have launched campaigns that make bold statements about sex, drugs, equality and any number of other close-to-the-mark issues.

But there is such a thing as too far, which big brands can deal with by chucking a lot of money around.

For a small business, I’d say courting controversy is a very risky game. While ‘going viral’ is something we all seem to long for, the fallout can be catastrophic.

It can go two ways:

Recently, a cafe in America received a bad review from a vegan who had found their menu couldn’t accommodate her needs. After complaining about the review, the owner’s son eventually announced that vegans were banned. It was a tongue-in-cheek announcement (in his words) but vegans all over the world were very annoyed and started leaving hundreds of bad reviews.

However, meat eaters found this rather amusing. They started posting THOUSANDS of good reviews, encouraging the owner’s son to declare that vegans would be shot on sight if they came to the cafe.

Clearly, he didn’t mean any of this but it’s a fairly risky way to drum up business. He claims the cafe has never been busier and they obviously welcome vegans as well…so it’s turned out positively for this daredevil.

2. You make a controversial statement, people think you’re a vile bigot and business takes a dive

You may think you’re being bold, irreverent and interesting – but the rest of the world can easily think you’re being an idiot. These things can teeter on the edge of a knife, so taking the risk may be a bigger deal than you thought one crazy night on Facebook.

One example here is a London coffee shop with a fondness for putting sexist signs outside their front door. Lads pile in and love it, thinking it’s a bit of a laugh and people shouldn’t take things so seriously. Normal humans, including Caitlin Moran, publicly and in great number agree to never give the shop their custom and roundly call them out for being utter morons. How risky is too risky?

If you’re a small business, your marketing or beliefs going viral can catapult you into the social consciousness. That could be very good or it could be very bad.

Even massive companies with big legal teams can sometimes do things that seem so tone-deaf that you wonder who signed them off. Smaller businesses, for whom a bad month can spell disaster, are probably better off avoiding controversy.

Be aware of your remit: what topics are you qualified and invited to take a stand on? If you’re a health food shop, take on the issue of the government not doing enough to raise awareness of the dangers of sugar. If you’re a clothing manufacturer, discuss the issue of poorly paid third-world factory workers. If you’re a beauty salon, maybe stay clear of commenting on who is responsible for terrorism from your business Facebook page.

Key takeaway: get too close to the edge and you’re likely to fall right off.

Should small businesses be bolder in their marketing? Sure, but be very aware of the boundaries. Click To Tweet