Home » Knowledge Centre » Is This The End Of High Street Shopping As We Know It?
Get a quote
× 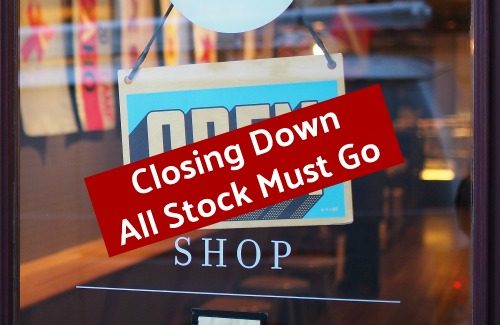 The announcement in October 2018 of major losses and proposed significant reduction in the number of stores by Debenhams is a huge blow to high street retailing. The terrible news follows the recent administration of House of Fraser which has subsequently been purchased by the Sports Direct Group.

The closure of these two high street giants in addition to the loss of Toys R Us, and previously British Home Stores, raises several questions about the future of trading on the high street.

Is this the end for the traditional department store or will there be far greater consequences for high street retailing, resulting in the closure of considerably more maybe smaller stores and almost the end to high street shopping?

Looking at the figures from Debenhams, the company remains profitable, but only recorded profits of £33 million from sales of circa £3 billion. On this level of sales, it is clear that the public are still spending on the high street. However, Debenhams took the opportunity of applying huge write downs of £512 million which resulted in losses of £491.5 million for the year ending September. This may be seen as a sensible move to adjust the value of the company and its assets whilst still trading profitably. Some would question whether the company is taking steps to get its house in order prior to sale.

With 165 stores across the UK, initially there was speculation that 10 stores would be closed over a 3-5 year period. It was announced in the couple of days that there will be 50 stores closed over this period, although insists each store remains profitable.

If the business continues profitable trading, why are these steps being taken and is this the tip of the iceberg for this business, and other large high street retailers?

Debenhams expects to reduce its workforce by around 4,000 with these closures through natural wastage, rather than redundancy. In essence, the greatest costs to Debenhams is the store. Leases continue to increase irrespective of the performance of the business. Additionally, business rates are crippling all high street businesses.

Can we stop the collapse of the high street?

The combination of “greedy landlord syndrome” and ridiculous business rate tariffs is a huge burden to any business. Sadly, there is no incentive from local authorities to reduce rates based on the number of employees, or any scheme which would provide welcome relief to business owners. Local authorities have a short-sighted attitude, after all, if the high street business disappeared, then they would lose much needed revenue gained from business rates.

Furthermore, the loss of jobs from the high street would place greater strain within the community, most likely resulting in an increased benefits burden and significant loss of revenue for the government.

If the high street is considered to be vitally important to the government, local authorities and society in general, then perhaps there needs to be a think tank to find ways to save high street shopping from extinction.

Interestingly, Debenhams sales fell 6.5% from the previous year but they also reported an increase of 10% in their online business. Perhaps, the high street retailers need to ensure that their online presence is significantly higher, using their high street stores as fulfilment houses or click and collect, which is a growing service for stores like Argos.

It is clear that high street retailers need to ensure that shopping is made easier. Greater use of signage is required because shoppers do not have the time to browse as they once did. We all seem to lead such busy lives that shopping isn’t the experience it once was. Competition from stores such as Amazon is hurting the high street year on year. Shoppers do not like to be kept waiting and the likes of Amazon has changed our buying habits.

Nowadays, we tend to shop by the computer in the comfort of our home and increasingly shopping by mobile devices too. The ability to browse, purchase and receive the goods in 24 hours is almost too convenient. Our requirement for obtaining goods within hours of ordering means the high street must find ways of competing at this level. We are almost becoming attention deficit and impatient. Perhaps stores need to add work stations to their shops which allows a shopper to search for the goods they require and almost be directed to the area in the store where the goods are on display.

Perhaps there is a need to consider more personal shopping assistants who help customers find their goods and walk them to the payment zone before looking for another customer to serve?

The high street has lost a number of big names over the years. Analysts have said that they have lost touch with the buying public and therefore did not respond to changes in demand or buying patterns in time. This is a fair point and this, coupled with continued rising store costs, rising wages etc, the pressure to generate a profit is at breaking point.

We entered the technology age some time ago. Whilst investment in sophisticated till systems, security systems has been important, at times retailers have failed to invest in the search and buy technology to make shopping easier, faster and for some, more enjoyable for the shopper.

Retailers need to invest in a strong online presence and perhaps support through traditional stores. They also need to find ways to capture data to ensure they can market to the buyer in the future to attract them back into the store. Many retailers do this so poorly or not at all.

There isn’t one fix for what we are experiencing on the high street. It’s feared that Debenhams may be another name with more household names to follow, especially as Brexit nears. Brexit may be the excuse to finally call it day when in fact the real reason for closure is the management failure to attract the buyer and create a better, faster shopping experience.

If you are a high street retailer, how do you need to adapt to meet your customers’ buying requirements and be more proactive in attracting them to your store?