Home » Knowledge Centre » Is Vero The Answer to Instagram’s Algorithm Issues For Small Business?
Get a quote
× 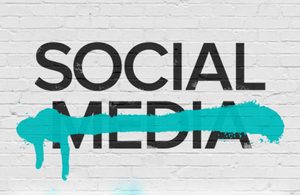 Many small businesses growing their following on Instagram – jewellers, vintage sellers and artists – have been hit hard by Instagram’s algorithms.

Since its acquisition by Facebook, Instagram has focused on monetising a platform that seemed…unmonetisable. It started pushing advertisers into feeds, changing how posts from people you follow show up and even disappearing hashtags that small business owners had spent years popularising – the infamous ‘shadow ban’.

But there’s an uprising just beginning. And its name is Vero.

OK, that’s a big claim. Vero is Latin for ‘truth’ and that’s a big part of their backstory. They spotted how annoyed small businesses were about how Instagram was shrinking their reach in favour of paying brands, and they filled the gap.

Vero not only monetises by subscription (so their customers are the users, not advertisers); it also gives users things Instagram always refused in order to make people cough up ad spend.

Vero is offering free lifetime membership for the first million users – but you’d better hurry. At the rate Vero is attracting attention, that number may be far surpassed by the time I hit publish on this post.

“As promised, our first million users have access to Vero free for life. However, given the service interruptions, we are extending that offer to all new users until further notice.”

Vero’s features are better than Instagram’s Similarly to Google Plus (poor old guy), you can choose which circle of audience you post to. The levels are connection (like a friend on Facebook), acquaintance (follower) or everyone.

You’ll collect your own media and the media of people you follow in collections, based on what format they are. This is very useful for people noseying into your business, seeing what you’re about.

This one’s fairly revolutionary. Fashion bloggers on Instagram use third-party affiliate programs to monetise their outfit posts but Vero actually allows small businesses to sell directly in Vero, like a micro Etsy. Vero is setting itself up as a bot-free environment. Many of the big social networks are suspected of publicising inflated user numbers that include millions of bot accounts.

So, when you sign up to Vero, you add your mobile number. They send you a text (or you can wait for a call, if you prefer) with an activation code so they can confirm you’re a real human.

How easily this can be gamed by a program, I have no idea – but it’s better than bloomin’ nothing, which is what most other platforms are doing about fake accounts.

Adding your phone number allows you to find contacts, just like Whatsapp. You can choose to turn this off if you’d rather go incognito or if the account is for business. No one can actually access your contact details; you’ll just get suggestions as your friends join if you don’t turn it off.

The only feature missing for me is text posts – but hey, Vero’s trying to be the new Instagram, not the new Twitter. I’d just like the option to write an update without needing to do it as a picture caption. There could be nice styling options, colour backgrounds and so on, so it would still be visually pleasing.

It hasn’t! Vero popped up in 2015 but Instagram’s recent treatment of small businesses has rocketed it to number one in the App Store. This is real organic ground-swell; the masses are sick and tired of behemoth backstabbing, so another option is needed.

One day was all I needed to realise how easy it is to get engagement if you’re among the first users. People are desperate for accounts to follow, generous with the likes. You’re not fighting to be seen among the 800,000,000 people using every hashtag. Hot tip: use #onverofirst for a while to get seen by lots of different people. It’s the closest thing Vero has to an Explore function as yet.

I’m not ashamed to say I snagged an account for myself and one for my business. I missed the Bitcoin boat and I’m not going to be caught sleeping on this new opportunity.

Is Vero too good to be…well, true? Probably. Every social media platform is. Snapchat was THE thing for a few years there, wasn’t it? And now people (led by dubious pioneer, Kylie Jenner) seem to be noticing that it may be a case of the emperor just pretending to be wearing clothes.

Speaking of emperors, Vero’s CEO is billionaire Pasquale D’Silva, son of the assassinated Lebanese prime minister, Rafic Hariri. There’s a lot of money there and, inevitably, distrust from the internet at large. Don’t you just hate rich people?

D’Silva claims to want to improve people’s lives with social connections they can trust. I suspect the interest lies more in the billions a successful subscription-based Instagram replacement would bring in – but who cares, if it works?

Vero may be too good to be true but Instagram has become too bad to be borne. Small accounts with loyal followings are losing their reach in feeds that are now all algorithm, with chronological sense out the window.

Vero’s terms and conditions have been scrutinised over the last week. Many were unhappy with the wording around licensing of user content, which allowed Vero to repurpose any content posted on the platform – however, whenever and wherever it pleased.

This has now been updated to outline exactly what the licence means and promise that user content remains the sole property of the user.

Yeah, but is Vero pretty?

If you’re expecting Instagram but without the shadow ban, you’ll be disappointed (the main thing I miss is Explore, which I spend hours browsing). It’s not an exact dupe of Insta but in a lot of ways, it’s better.

It’s very beautiful. Everything’s neat and slick, your profile looks nice and images are bigger. Take a look at some screengrabs: