Home » Knowledge Centre » What is Moment Marketing?
Get a quote
× 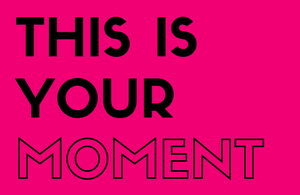 Moment marketing is so big that Twitter went ahead and named its news stream Twitter Moments. But what the heck is it?

Remember hearing the word ‘agile’ a lot? In content marketing, it was used to mean you could turn stuff around quickly, creating topical content that would hopefully get good traffic and shares.

And hey, like everything in marketing, moments are nothing new. It’s agile, just rebranded into Moments, Stories and Lives.

Businesses are investing in moment marketing

A TVTY survey found that 67% of businesses said they’d be investing more in moment marketing during 2016, citing sporting and TV events as the opportunities to jump on.

Bear in mind that something as simple as live-tweeting Game of Thrones in your brand’s tone of voice counts as moment marketing.

Innocent do it with The Great British Bake Off to great effect. It inserts you into the stream of people using the hashtag, gets people engaging with you and, at the very least, makes you look switched-on.

What does it take to get good at moment marketing?

If you’re a small business, you’re better placed to have a go at moment marketing because you have fewer people to convince before you can go live with an idea.

If you’re a business that needs sign-off from the CEO, the board, the chairman’s wife and the office hamster, you’re out of luck. Moments marketing is one of the riskiest kinds of marketing because it can explode, leading to heavy scrutiny. Add to that the fast turnaround you’ll need (“Quick: can we make a Weinstein joke?”) and it could sound like your worst PR nightmare.

So, to make it work and limit repercussions, you need a crack team of whizz kids. People you can rely on to jump on opportunities with rapid analysis of how to keep your reputation safe. Not for the faint-hearted.

2. A very strong sense for tone

Is this opportunity really right for you? Would your customers find what you’re thinking of doing funny / touching / morally correct?

Similarly, is the world going to not only like it but respect it? It’s no good going viral for saying something offensive and off-key if it’s not going to win you customers, is it? It’s like finding someone falling over drunk hilariously funny – but if it was your mum, you’d be mortified.

A good start for a small business is to go down the random acts of kindness route. Something that no one could find offensive and pretty much everyone would think was awwwww.

3. Someone to watch the kettle

It’s Friday afternoon and you’re all feeling a bit playful in the office at Plumbing World. Eileen’s on the Twitter and she’s just seen that Tom Plumb, MP for Swindon, has made a bit of a gaffe at the opening of a new supermarket.

You chuck some jokes around, finally deciding it’s time to get your moment marketing on. You craft a searingly clever tweet, attach a photo of poor Mr Plumb, then depart for the pub – laughing your socks off.

Monday morning comes around and your manager is called into an urgent meeting. That hilarious tweet you’d forgotten all about has become a monster, getting local news coverage and a feature on Reddit. “But, but – isn’t that GOOD?” you dare to stutter at the director. He silently shows you the defaced version of your tweet that’s now doing the rounds.

You pack your things up and leave, hoping to find a job at one of the inferior plumbing supply centres in town. You don’t have an umbrella and the bottom falls out of your cardboard box of belongings. Oh dear.

The moral of that fairly lengthy story is: if you’re going for it, make sure there’s someone on call to handle situations – good or bad – that arise from it.

Domino’s at the Drummond Puddle Watch

Wait, you haven’t heard of the Great Drummond Puddle Watch 2016? Basically, it was this really big puddle. A marketing agency (obviously) across the road thought it would be hilarious to live-stream people trying to get around the puddle on Periscope. And it really was.

When I started watching, the periscope had something like 1,000 live viewers. That grew to 20,000 within an hour – and then Periscope’s counter stopped watching. All told, I’m thinking something like 50,000 people watched that puddle over the five hours it was live.

In stepped Domino’s. They sent free pizza to the people at the scene (there were many, once Drummond was aware it was being watched – some with surfboards), getting a chap in Domino’s uniform to offer around hot pizza on a cold, miserable, oddly celebratory day. That. Is. Genius. #DrummondPuddleWatch was the first time a puddle had trended and it was the most British thing that ever happened. Domino’s got in on the gleefully ironic mood and probably made a killing that night.