On Friday 12th October, Hollywood actor and TV star, James Nesbitt will be making an appearance at the Victoria Square shopping centre in Belfast, to call upon local residents to support independent businesses in the area.

Yell.com - the UK’s leading business directory is visiting Belfast as part of a nationwide tour to encourage the British public to discover and support small local businesses. 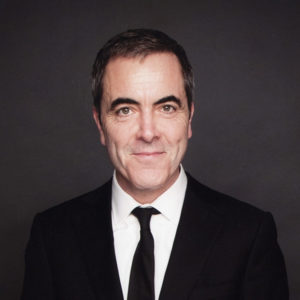 Cold Feet and The Hobbit actor James Nesbitt is one of Northern Ireland’s most famous exports. Having risen to fame as the leading star in Cold Feet from 1998-2003, James is now one of TV’s most recognisable faces, winning multiple awards for his various roles throughout his career.

During James’s appearance at the Yell stand, there will be a live Q&A where he’ll be calling on the need to embrace small business in Belfast, outlining what residents can do to help support local trades and in addition, championing his own favourite independent businesses in the area. Following the Q&A, there will be an opportunity for shoppers to meet James, get his autograph or have their photo taken with him.

On the upcoming event, James Nesbitt said: “One of the things I love the most about Belfast is how you can discover something new around every corner. There’s such rich variety on offer from the businesses here, I love that we’re putting the spotlight on them with Friday’s event. I’m always excited to have a chat with my fellow Irishmen, and hopefully help them find some of the hidden gems in the city that they might be missing out on!”

Featured at the stand will also be the ‘Just Yell’ booth where shoppers are invited to take part in an exciting competition to see who can yell the loudest out of the people of Belfast, with the chance to win an Amazon Echo worth £89.99. Shoppers can also get information on a prize draw for the chance to win a range of fun experiences designed to make you yell, plus a grand prize of £10,000. 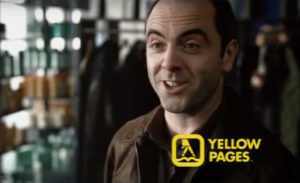 Richard Hanscott, CEO of Yell says: “James Nesbitt is a perfect fit for the Belfast leg of our UK-wide roadshow tour. James is not only a TV and film favourite for his role in Cold Feet and The Hobbit but he has also played a big part in Yell’s history for his part in our iconic TV adverts. James is very proud of his Northern Irish roots and a huge champion of the city of Belfast and everything it has to offer, making him a great ambassador for the event. The Yell roadshows have been great fun so far and with Belfast being home to such a wide variety of independent businesses, we’re particularly looking forward to this one!”

The Yell.com stand will be located between House of Fraser, Coast and Ritual on the ground floor of the Victoria Square shopping centre on Friday 12th October from 9.30am to 9pm and Saturday 13th October from 9am to 6pm. James Nesbitt is making a guest appearance on the Friday, from midday to 2pm.

Yell is #1 for managed digital marketing services for all types of local businesses in the UK2. Their goal is simple; to connect consumers and businesses online. Yell.com now provides advanced tools to support consumers in their search for suppliers, including ratings and reviews, mobile apps and social media sharing. Yell is one of the largest reseller of Google AdWords in the UK and provides the full range of digital media and managed services for businesses with Pay Per Click, Websites, Display adverts, Social media and directory listings. Over 130,000 businesses currently advertise with Yell, and Yell.com is used by millions of consumers every month.

Further information on Yell is available at https://business.yell.com/