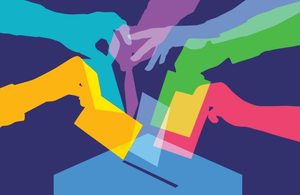 On June 8th, the country went to the polls. The people voted and the results were different to those predicted only a few short months ago. Something changed.

This article will be looking at the business lessons learned from the election and has no political agenda or bias.

1) Never Assume You Know What Your Customers Want Or Need

We are living in fast-moving times. Opinions can change quickly. Last years solution may not be enough to solve this years problems. It’s important that you gauge opinion through the use of focus groups and surveys to understand whether your products or services still match and deliver the right solution for your existing customers.

You also need to be talking to prospects to see if their needs or wants match those of your existing customers. Perhaps there is a slight shift and whilst you can deliver 80%, it’s simply not enough, especially if a competitor has a better offer. In situations like this, knowledge is power if used correctly.

The common opinion about the Conservative Party election campaign was that they made Brexit the centrepiece. They also introduced a potential new tax for healthcare with the older generation. Of course, nobody likes paying tax and therefore it has to be questioned whether this was the right time to introduce such an unpopular subject into a campaign.

At such a critical time, there are still questions raging whether Brexit should have been the main topic of the campaign. The opposition focussed on different topics which appeared to attract wider appeal. These were more related to different groups but catered on a national basis e.g. student funding and the NHS. Overall, these issues appeared to resonate more with the mood of large segments of the community.

2) Be Ready To Adapt … Quickly

One of the positive aspects of running a small business is that there is greater potential to change the course of your direction quickly. Sometimes it’s not so much a radical change, more often it is the ability to respond quickly to a sudden shift in the market. This may be caused by a competitor introducing a new product or service, a change in mood due to an external event etc.

If your business does not have the ability to change or adapt quickly, then it is already becoming a dinosaur. It is like the large oil tanker on the sea that needs numerous miles to be able to stop and/or turn-about and change course. There has to be that constant observation on the market to recognise an event has occurred which may require a fast decision and creative thinking to respond in an appropriate manner.

When the election was announced, the Government had a majority and felt that the opposition was weak, which would therefore most likely result in a predictable result. As you know, this didn’t happen. Two weeks before the election, two major despicable events happened in Manchester and London. These caused a shift in public mood and also demonstrated so well how people come together in times like this.

The mood swung away from a political agenda and became more consumer driven, backed by a feeling of hope. The Government appeared to ignore this or simply did not recognise the significance of it.

3) Finding The Right Media For Your Market

In marketing it is critical that you constantly test different elements of your marketing. This begins with your headline and continues into your offer. At some stage, it’s important to test the media in which you advertise.

In the election, it’s widely regarded that the power of the newspapers had weakened in favour of social media. I spoke to a number of journalists who all expressed a surprise that this had occurred. To me, it was inevitable that social media would eventually replace the tabloid.

It has been recognised for some time that we are in the “information age”. Information is readily available through computers. With the invention of smart phones, and the development of the information highway i.e. 4G this has led to information being available 24/7 sent directly into small handheld devices.

This mornings newspapers are reporting yesterdays news. It’s now too late. We already know this news and want the latest update. We have been conditioned, through technology to want a faster service, which the time-served method has served us well. However, the new technology offers us so much more, including moving pictures, the ability to add comments etc which we have embraced.

Some of the political parties recognised this shift more than others. They appeared to get their messaging right and found their audience. This is classic marketing.

Every business has to have a strong leader. They may not always be popular, but they give people confidence that in times of crisis they are the right person to lead them to safety.

The election was also a leadership contest. One leader was criticised for not being present at key times, which the “people” decided was a person, perhaps in hiding. The problem with this is that perception is fact in these situations, especially if there is no explanation behind the reasons for the missing person.

The other leaders appeared in so many places and demonstrated they had more energy through their presence around the country. Again, picking up on the mood of the people, those who were seen appeared to be more attractive to the people. They presented an image of strength and delivered a clear message. This resonated with people who a positive way.

As I said at the beginning of this article, it is not political. There are great marketing lessons to be learned here from the marketing of ideas to the marketing of people. As a marketer once commented “sell me the sizzle, not the steak”. This is so true and is a great reflection on what marketing is…it is selling a prospect or customer the hope of what the product or service can do for them, with the confidence that the people selling it will be there for them in the future.

What’s your version of this?