Home » Knowledge Centre » Autumn Budget 2018: How It Will Affect SME Businesses
Get a quote
× Philip Hammond presented his third Budget on Monday 29th October which should be the last one before Brexit in March next year. Mr Hammond announced the end to austerity, but I’m sure many small businesses owners will be rather sceptical of this, as trading in most sectors is still tough.

There were many positives for the small business community, but there is still uncertainty if these will be enough, as Mr Hammond mentioned these plans may be damaged if the UK does not secure a good Brexit deal. Another Budget will be needed in the event of a no-deal Brexit, which would most likely happen instead of the smaller Spring budget update.

I’ve put together a list of the Budget announcements that I think will affect the SME sector the most. 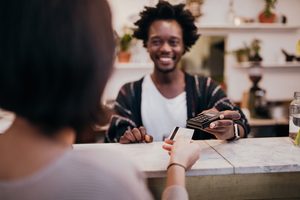 In my verdict this Budget is pretty good for small businesses. Financially the smallest businesses should feel some benefit, although whether it’s enough to counteract the current economic climate and the uncertainty of Brexit, is yet to be seen.

Hopefully you’ll see some positive outcomes from this latest Budget announcement in your own business.