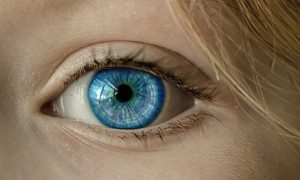 Permanence has lost its appeal and disposability reigns: it’s the digital era, and the digital generation have diminishing interest in storing and savouring online content for later use.

This is partly due to the omnipotent digital librarian Google, relentlessly sorting and filing content away for when users need it, causing us to lose the urge to save and attach value to things ourselves.

Photography is one obvious example. Older generations might have taken a few hundred photos each in their lifetimes, putting a few of their favourites around the home and saving the rest in a shoebox or a physical album to look at in future. This generation takes thousands upon thousands of photos – the bulk of which are left languishing in online storage silos.

When most people have a camera phone on their person at any given time, and photos are accessible at the touch of a button, the photos themselves can somehow feel less of a precious commodity. The same goes for all permanently available digital content.

And this is how ephemeral content has found its niche.

Ephemeral content is any content with a temporary shelf life – a self-destructing photo say, or a single-view video. Ephemeral content appears to be on the rise; apps such as Snapchat and Periscope enjoy huge popularity. So what’s the appeal of content that disappears after you’ve seen it?

Consumers love it because it’s immediate, digestible, short, and temporary. They like the fact it’s temporary because on the whole people have realised that many of the moments we incessantly document aren’t really worth saving – it makes sense to relegate such moments to oblivion, keeping the more precious moments to enjoy another time. Conversely, ephemeral content can give the receiver the impression that they’ve viewed something of value, something that can only be seen once before it’s gone forever – completely at odds with the typical experience of digital content.

However, ephemeral content does pose certain challenges for businesses, such as how to track and measure the return on investment of such transient material.

By making your content irreversibly temporary, you’re simultaneously removing a burden from the viewer’s shoulders – the burden to save, to remember – and offering them something ‘precious’ that they’ll only witness once. Blink and it’s gone.

It potentially gives them back that feeling of value that people used to get when they read a newspaper article and knew that if they ever wanted to read it again they’d have to save the paper in a box, or go down to the library and search the archives. It’s ironic considering the ultra-modern mediums such as Snapchat, but with ephemeral content you’re almost offering the viewer a traditional experience in terms of the value they perceive.

And of course if you’re keen to keep a record of the content you created you can store a copy of the photo, video or content internally, so that if necessary you can repurpose it for future use.

Another benefit of ephemeral content is that it enforces brevity – and brevity is often a key factor in creating successful content. It forces you to cut the waffle and eliminate repetition, resulting in tightly packed, clear, punchy material.

So what if it is: is disposable content such a bad thing? We’re somewhat of a throwaway culture when it comes to our memories anyway – we churn out the evidence and quite often leave it to languish. We may feel as though the proof of our experiences surround us on social media, but if for whatever reason all Cloud storage imploded tomorrow, most of us would lose everything, and few of us would remember every single photo or post we’d ever shared.

This may seem like an unlikely scenario, but consider this: as a planet we’re not creating storage space quickly enough to accommodate all the data we generate, and one day we may need to ration data production and storage. Ephemeral content is looking less like a fad and more like a solution to a problem.