Home » Knowledge Centre » How Might The General Election Affect Small Business?
Get a quote
×

So that was a bit of a surprise… or was it? Whatever you think of the political parties I’m not going to discuss their relative merits here. This isn’t a political blog. If you want political insight you will no doubt find the internet and social media networks rife with it over the next seven weeks. What I do want to look at is the possible outcomes. I’m going to do this by looking at the policies each of the major parties has that would affect small businesses.

This is going to be a snap election so at the moment there are a number of policy announcements happening but no manifestos as yet. I’m going to try and get to the crux of the policy proposals on offer from the parties. Maybe then we can get a sense of how the election will affect small business.

The business policies of the Liberal Democrats seem to be built on three main planks; tax reform, banking reform and economic renovation. For tax reform they aim to invest in HMRC and rewrite tax avoidance rules while increasing personal allowances. Their policies on banking reform seek to increase tax for banks while strengthening regulation and enforcing the separation of retail and investment banking businesses. The final plank is possibly the most interesting. As well as policies on the living wage and transparency around employee salaries they say they want to transform the economy into a high wage, high skill green economy. That sounds great but unfortunately there is little detail to tell us how they plan to achieve this. (source)

The Conservative Party website has, as yet nothing for us to look at except a very broad “Economic Plan”. What we do know is what the Conservative Party has done over the last two years. A little while ago I wrote about how the most recent budget effects our small businesses. You can read that article here. What we know from that is that the current government was definitely open to persuasion. When its own backbenchers pointed out the negative impacts of increasing NI contributions for self employed people there was a swift policy change.

We also know they place a very high priority on reducing the deficit. Whether this is a positive or negative thing I leave for you to decide. What we do know is that whether they have succeeded or not is entirely dependent on what measure is used. They may have reduced the deficit or they may have increased it to more than double what it was in 2010. Both of these statements are true depending on what measure is used. 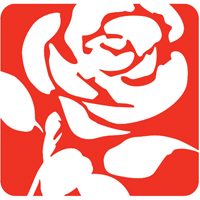 The Labour Party was the first of the parties where I was able to discover some concrete proposals. You can read some of them here, and they are from a policy document on business rates released in February of this year. The main thrust seems to be that revaluation must take place but there are areas where the law can change to help small business. Recently in a speech to the Federation of Small Businesses, Jeremy Corbyn laid out a series of policies that seem designed to win us all over. The main idea to emerge was that a future Labour government would crack down on late payment. The aim would be to especially force large businesses to pay their invoices on time. In my opinion this would not only be welcome it would be close to a miracle.

The happy timing of this speech means that while concrete business policy is still scarce there are at least a few ideas we can latch on to. Before the last election the Green Party had a fairly comprehensive and easily accessible policy document on business. Like most of the other parties this seems to have gone missing. What their website does contain is again a broad aim with a couple of more specific policies. The aim is to end austerity and restore public services. This general economic policy tells us very little. More specifically there are policies for tax rises on the richest 1% and for banks, and for the minimum wage to be £10 per hour by 2020. Here is something that will directly impact us as small businesses. It impacts both as employers and, if we are sole traders, by setting minimum expectations among customers for the cost of our services.

Perhaps what is most interesting about the Greens is not whether they will form a government but what influence they can exert over the parties that will form the next government. There’s also the chance that this election will lead to another coalition in which case we may well have to revisit the Green Party for the one or two policies they will demand to support a minority government. 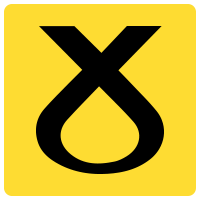 I was born and live in England. Many of my English friends will ask why the SNP are on my list of major parties. I’ll tell you. They are the third biggest party in the whole of the UK both in terms of numbers of MPs and in terms of party membership. You can view the figures here. You should note that the Conservative membership numbers are out of date by a long way and that they have the oldest average age among the Parties. The SNP may well have more members than the Conservatives by now.

The SNP have been in Government in Scotland for a while and therefore have a basis of actual delivered policy to look at, but like the rest of the parties their website is light on detail. What they do have are policies on wage and rate reform and an aim to improve productivity, innovation and infrastructure. (source)

Is There A Common Theme For The Election?

From the little I have found what has surprised me is that here does seem to be a common theme emerging. I don’t mean that there is very little real policy available to examine. Although calling the snap election seems to have caught everyone on the hop and scrambling to produce a manifesto, including the conservatives. What I mean is that there is consensus. Firstly on tax reform, although not on what that reform should be. There is also consensus across the spectrum on encouraging innovation.

I have noticed that across the years there is often agreement on what is good for the country and what the government should do. The real thing we will need to pay attention to is not these broad aims. What we will need to seek out is the detailed plans of how the parties intend to legislate to achieve these aims. As I get older and more cynical I find myself thinking that the country is often not governed by the aims parties wish to achieve. We are governed by the unintended consequences of poorly thought out, poorly executed and poorly legislated policy.