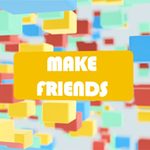 I’ve written before about structuring and writing marketing videos to target specific demographic groups. It’s one thing to write about it and another to do it so I thought it may be useful for those of you trying to do just that to talk about a recent video I made and just how and why I went about making the video. I’m going to write about how to plan a video for a very specific audience, how to engage with that audience and how to use the language of the moving image to create demand for your product.

I had to make a video that was specifically targeted at children. I know what you’re thinking, “Selling toys and sweets to kids is easy and what else could it be?” But it wasn’t toys or sweets. What I had to sell to children was… education. The client I was working for was a music school that teaches children to play in several bands, groups and orchestras of differing abilities and standards.

I’m going to break the process down into two parts; the initial challenges and issues I faced when planning the video and the questions I asked and answered in order to provide solutions.

I'm going to write about how to plan a video for a very specific audience... children. Click To Tweet

What Were The Challenges?

The customer had several very specific needs and issues that had to be dealt with. Before I talk about my solutions I want to ask some questions, and give some brief answers.

These are the briefest forms of the answers that were reached after a lot of research… a lot.

How Did We Fulfill The Client’s Needs?

A Story For Children I planned for the video to be bright and fast paced with as much movement as possible (not easy when the main feature of the video is people sitting and playing musical instruments). This involved using animated backgrounds and borders for the video and using animated stills of musical instruments to emphasise the beat of the music. I viewed hundreds of TV adverts aimed at children and studied the editing techniques used, how colour and movement informed the structure and how children were portrayed to convey happiness. 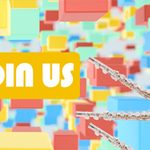 Shooting A Video With Children

The first thing to consider is that permission would have to be sought from every child’s parents or guardians to appear in the video. Whatever group your video is aimed at, those appearing in the video must give their written permission for you to use their image, unless they appear in a public location and are not the feature of the video.

Next I had to write some simple questions that would elicit useful responses from the children for the interviews. I chose three. “What do you like most about playing in the band?” This would establish that the kids have a really good time while they’re at the school. “How has playing in the band helped you?” The answers to this question gets the message across that it is easy to learn when having fun in a group. “What’s the most fun part of playing in the band?” This lets the interviewees get excited about their favourite thing and that excitement is visible and contagious.

The last thing I had to get into the video was some action. I knew I would have lost of shots of the bands playing and lots of interview footage, but how would I get some movement? The solution I came up with was to get some volunteer musicians from the middle age range of the school, old enough to be confident but young enough to be relatable to the audience, and get them to play out in the corridor. I asked them to wave their Musical instruments about and to run past the camera and to dance with their instruments. These elements became part of an abstract cutting rhythm that was not part of a narrative but much more of a montage sequence that ran throughout the video.

Reports back from the school suggest that the video succeeds in engaging the children and gets them excited about the prospect of playing with larger groups of musicians. The proof is in how many requests the school have had from children wanting to join. The planning for this video involved a lot of research and thought, and the shoot was much longer and more complicated than for a normal business advert but to target any demographic group successfully that is what’s required… and the end results were worth the effort.

Having looked at what I did in a practical situation, here are three points to bare in mind when targeting children with a marketing video.

Thanks for reading and please feel free to make comments or share your experiences.