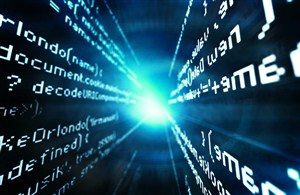 Welcome back to this series on the renaissance of the pop-up; more specifically relating to in-page pop-over windows (or “interstitials”) which are now becoming increasingly common. Usually they’ll be a lot more relevant than the pop-ups of yesteryear, asking you to subscribe to the company’s email newsletter or to sign up for a free resource. Just so we are clear that we are not talking about “Shoot the iPad for a chance to (not) win an iPad!”

Last week we discussed the positive aspects of using pop-ups for marketing purposes, but let’s be honest. When we first saw that pop-ups had returned (even though now they are in-page and relevant for the most part), it felt like a zombie scourge that was back from beyond the grave…

We previously acknowledged that there are some advantages to using pop-ups, but here are some of the reasons you may want to think twice.

As some of us already know, pop-ups aren’t always displayed well on phones and tablets, and viewing an interstitial window on a mobile device can sometimes feel like playing a game of “hunt the x.” Google are well aware of the issues that come with mobiles and in-page pop-ups, and as of the 10th January 2017, they’ve changed their rules about how well pages with interstitials rank in mobile searches.

Those at the Big G want their users to access the information they’re after as quickly as possible, and are penalising the mobile rankings of pages with particularly invasive interstitials that obscure a large amount of the page’s content on mobile devices. Some responsible uses of interstitials will remain unhindered – such as those with age verification functions or an agreement to a site’s cookies.

Also, pop-ups that use a reasonable amount of screen-space (such as a small strip at the top or bottom of the screen) will also not suffer a penalty.

If you already use interstitials that show on mobile, all of this might sound a bit scary. However, Google reminds us that this is just a single signal out of hundreds that play into a site’s overall ranking picture, and it only applies to rankings shown on mobile devices – desktop results are unaffected.

For more information, please see Google’s Webmaster blog post, or this post over at Search Engine Journal. If you want to test your current webpages, please check out Google’s mobile-friendly test.

The Summing Up Bit

So if you’ve read my previous article as well as this one, we have learned that pop-ups might be annoying, but they can be very beneficial too. If you still don’t like them, that’s of course your perogative, and using them is by no means a must.

However, if you’re committed to the idea of installing pop-ups, you need to also be committed to make them – and the services they allow people to opt in to – the best they can be. Being able to analyse the results from your pop-up campaign and act on them accordingly is also part of this commitment. If you can’t realistically put your heart into any of these for the moment, then you are probably best off without for now, but it is still food for future thought.

If you are intrigued by the idea of how pop-ups can help you, please join me next time for a roundup of best practices, so you can keep annoyance levels low and make the most out of your online presence.

Do you think there are any further pressing disadvantages to using interstitial usage that I’ve not covered here? Or do you think they’re great no matter what? Please let us know down in the comments!