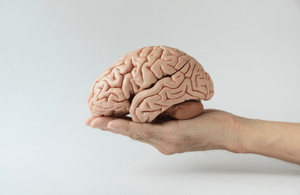 Nudgestock is a conference about behavioural economics.

A ‘nudge’ in psychology is something that pushes someone into action without them even noticing – because it plays on their behavioural biases.

These biases can be used to guide your marketing decisions. Sometimes it’s the bias of your potential customer…and sometimes it’s your own bias you need to watch out for.

1. Don’t be too afraid of how many times people will see your ad

The Mere Exposure effect shows that repeated viewing of the same ad builds a positive response.

A Kantar Media study found that 56% of UK consumers object to being targeted by ads and 73% state that they see the same ads over and over again. That sounds negative…but advertising still works?!

I often think of this when I find myself snarking about this ad or that, usually for ugly fonts or clunky copy. It doesn’t matter what I feel about this ad if it makes people buy things.

The problem with marketing research…

“People don’t think what they feel, don’t say what they think and don’t do what they say”

2. Spotify shows that happy mistakes can have a great effect

Spotify releases its Discover Weekly playlist every Monday and 40 million people are subscribed. Its success, Spotify says, is down to accidentally tapping into a simple behavioural bias: people are more open to new things on a Monday.

3. Think how they think

Texas had a littering problem. It was running some billboards – Keep Texas beautiful – but they weren’t having enough of an effect. That message appealed to the nice people who were already keeping Texas beautiful.

After identifying that the main culprits were young men, an about-face in messaging resulted in a 72% decrease in littering in four years. The messaging – Don’t mess with Texas – appealed to a deep-set behavioural bias: tribal pride.

Appeal to your target audience. End of.

On the LHS, a long-running Texan anti-littering campaign that wasn’t successful.

On the RHS, it’s replacement which appealed to the tribal instinct of the largest group of litterers: young men.

4. Consistency can be more valuable than quality

If they know what they’re getting, the customer doesn’t have to weigh up the downside risk of an unknown quantity.

This is why tasting menus exist only in fancy restaurants: rich people can afford to not like something they’ve paid for.

Obviously, it’s good to aim for high quality AND consistency but staying at a level that you can consistently deliver is a better strategy than aiming high without scaling.

“McDonald’s is popular because it’s really, really good at not being terrible.”

5. Instinct is valuable alongside data

We’ve gone a bit too far with data as opposed to human experience and instinct, especially when data will always be interpreted with our own behavioural bias anyway!

As Rory Sutherland, Ogilvy, said at Nudgestock: the crewman who spotted the iceberg which sunk the Titanic was just a ‘single human data point’ but his finding was nonetheless valid.

That’s why I like using User Explorer in Google Analytics. It’s not a big data pool; it’s a focus group of individuals who all have slightly different customer journeys. You can find sparkling insight in there.

1. Intuitions must not be trusted.
2. New ideas must be backed by rational logic and reasoning.
3. Decisions must be easy to defend. Capture supporting evidence. pic.twitter.com/dCxhvYOWun

Thank you @triciawang – such a great talk about how we should use data and insights #Nudgestock2019 #ogilvy pic.twitter.com/XceMIrffBs

Read more about behavioural biases and how you can use them in your marketing.