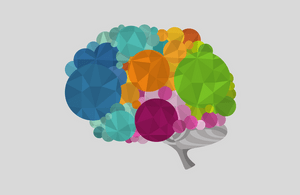 I’m a big fan of cognitive biases – how most humans subconsciously make the same assumptions and errors of judgement. They’re little warnings to check yourself and try to avoid the herd mentality we all imagine we don’t share.

Mostly though, people don’t have the time or inclination to investigate cognitive biases. Which is good, because it means YOU can, and then use them to make your products and marketing more attractive. It’s kinda like manipulation but it can be used for good as well as evil.

How cognitive biases can be manipulated for good

Behavioural scientist David Halpern added the simple line “Most people pay their tax on time” to tax return letters and increased on-time payments by a few percentage points – a tweak worth millions of pounds. Popular guy. Among government ministers, anyway.

This one is a social pressure: we generally fall in line with what the norm is. It can completely fail, of course. If we tell teenagers that 89% of people their age use their phones at the wheel, that norm may make them feel the behaviour is fine. Be careful!

Another behavioural scientist, Pelle Hanson, reduced littering in Copenhagen by painting previously subtle litter bins in bright colours and adding footprints leading to them on the pavement. This ‘attract’ technique increased litter bin use by 45%. There’s also the social norm effect of footprints seeming to be left by a previous bin user, making us feel like it’s the usual thing to do.

This is IRL user experience design. We can apply the same concepts to web journeys, nudging our users through processes to keep things feeling quick and easy.

A gambler will keep putting pound coins in a slot because they KNOW they’ll win soon, an Apple fanatic will argue black is white that Apple products are the best. He or she has invested too much in their belief to back out now.

The more you put into a task, the more emotionally important it becomes. We can use this to keep our app or website users invested in something we need them to complete. The term ‘gamification’ is overplayed (ha!) but something as simple as numbering the steps of a process and showing your customer where they are could increase their sense of sunk cost. “Well, I’ve come this far…”

Hedwig Von Restorff, a German psychologist, published her most famous paper in 1933. She discussed the ‘isolation paradigm’, a bias that makes us notice and remember an object that doesn’t match its fellows. Recall is extremely important in marketing because your brand has to stand up to distraction, journey abandonment…all sorts.

So, Hedwig would advise you to make your MOST IMPORTANT message stand out by drawing attention to it in some way. Take extra special care with the graphic or use a bit of bizarre or funny imagery in the copy. Better that your target remembers just your most important marketing message than no part of your list at all.

This is a cautionary bias. We’re inclined to believe we’re at less risk than other people; it’s what lets us sneakily check a text while we’re driving or not wear a helmet on our bike.

With this bias in mind, we have two choices: bombard people with the TRUTH about the danger they’re in…or try to positively reinforce their good behaviours. Option one will likely be ignored – we don’t believe stats apply to us, right? Option two makes the user feel good (playing into about 100 other cognitive biases) and adheres to most modern guides to child-rearing. Good enough for me.

I’m designing a smoking cessation app. On the user’s dashboard, where they see how long they’ve not smoked for, I want to put some message that motivates them to keep going.

Where to check your bias

The best resource for cognitive biases on the whole internet (in my unbiased opinion) is the Cognitive Bias Codex by Buster Benson and John Manoogian. It shows a whole bunch of cognitive biases, generalised to help us non-scientists grasp the basics so we can look up a study if we need more info. 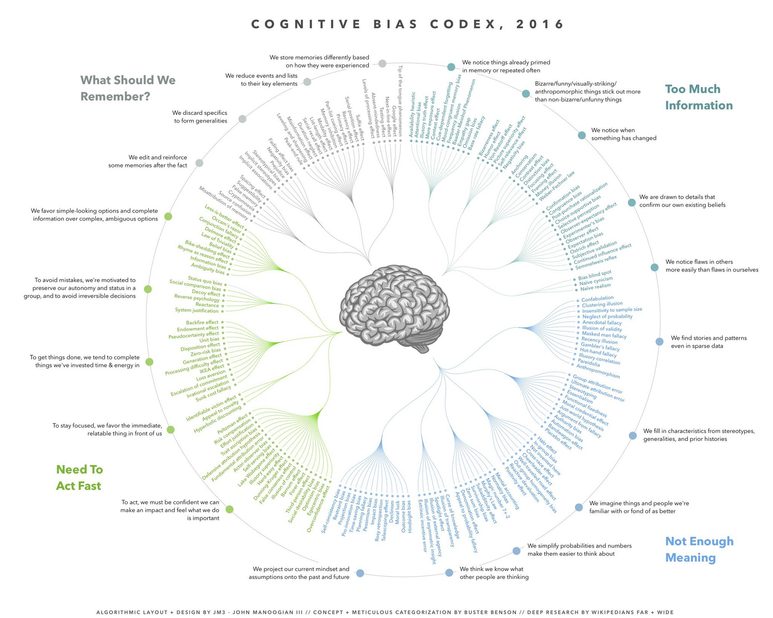 Yep, pretty picture – but I highly recommend the article, too.