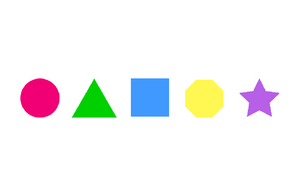 The Spice Girls are riding high on a wave of faux feminism, Furbys are peak toy tech – and The Blair Witch Project just came out, shot with grainy camera phone grit.

Authenticity, in the form of home-made and unpolished realism, has hit the mainstream consciousness.

We are human every day – why is it so hard for a brand to be ‘authentic’?

I spend an inordinate amount of time worrying about authenticity. It’s probably because I’m nearly 28 and I write for and advise 17-year-olds every day.

How can I get them to believe I’m one of them?

The answer is so simple: I can’t. Because I’m not.

When brands try to pretend to be just like their audience and not a company of people jockeying to make money, they look stupid. So, so stupid.

Worse than looking like a mum bantering with her daughter’s friends, you can end up causing mass offence and wasting a LOT of money. And don’t think being a small business can save you from that – doing something majorly off-key can get you that thing you always thought you wanted: viral distribution.

One major thing you can do to make ‘real’ real: diversity

We all know diversity in the workplace is important and we all – hopefully – want to do something about it. But WHY?

If your work culture doesn’t fully understand why diversity matters, you’re all just paying lip service to it. Diversity is THE WAY to embrace real as a company directive; you’re forming a council of representation that has a way better chance of understanding, empathising with and serving your whole audience.

Because hey – even if you reckon your audience is affluent mid-30s dudes, you’re totally wrong if you think that’s where it ends. Those affluent mid-30s dudes? Their mums are buying your product for their sons’ birthdays. Their significant others are judging your branding. Their friends, colleagues and baristas are talking about your latest ad that was trying to be matey and straight-talking but was actually just horrifically sexist and tone deaf.

You need diversity to be authentically anything.

A few years ago (or recently, if you live and die by Twitter and don’t check sources), Nivea launched a campaign that included the phrase ‘White is purity.’ Everyone in the world who didn’t work on that campaign gasped and said “U wot m8?!!?!!!”

I DO NOT BELIEVE that any person of colour would have sat quietly by and watched their colleagues happily launch a campaign with those words.

For your amazement, here is that ad:

Yep, that unbelievable ad had a possibly even more unbelievable friend. Two ads that should never have made it past a Monday morning brainstorming session that ended with David getting booed out of the room to mind the stationery cupboard for a week.

Now lookie here. If you have a team of all GUYS coming up with products for GIRLS, there is something wrong.

Bic has missed the mark so many times that their Amazon reviews are actually a kind of cultural movement. From For Her pens (thank you, Bic, for allowing women to access the medium of writing with their tiny hands!) to their incredibly sexist ‘Act like a lady. Think like a man. Act like a boss.‘ ad, these guys have done some preeetty stupid stuff.

I can’t say for sure it’s because they didn’t put enough chicks in positions of signoff power but…no, wait – I can. It’s definitely that.

No female branding manager, faced with a product pitch that suggested ladies’ delicate hands need special tools so they can inscribe their little thank you cards and memory books in comfort, would sign off a pink For Her pen with a soft-touch grip.

The thing that inspired this post. Hiring youngers (but don’t forget hiring elders has its own CRUISE SHIP of benefits).

I recently helped my boss, the CEO of our business, prepare a presentation for a road safety conference. He wanted to talk about how we’re trying really hard to move away from lecturing young people about safe driving and actually help them make good decisions for themselves, with PRACTICAL advice.

He started out by doing an introduction in the language observe every day from the people who follow us on social media; the words ‘peak’, ‘bait’ and ‘slay’ were used. And it was painfully hilarious because he is a middle-aged man in a suit who works in insurance – but that was the point. He can see and understand what his customers are saying, but he will NEVER be able to fool them into thinking he’s one of them and they will sniff out even a suggestion that we’re attempting it.

Once the audience had stopped being confused and started laughing, he explained that this is why he employs people who ARE the real deal. Young people.

The person in our business who helps me talk to our teenaged audience has just turned 23. She’s been with us for two years and she’s hella smart. She didn’t study English, she never got taught anything about copywriting or branding or marketing – and yet she’s now my number two. She keeps us real because we gave her a chance to shine, to have a voice, at a young age.