Not only can the YouTube channels of vlogging stars gain a large scale reach, with PewDiePie amassing more than 13 billion views of his videos. But they also tend to appeal to demographics that can be harder to reach via traditional media, and for less cost. The video blog stars also span a huge range of specialist interests, and can have a more direct relationship with those watching. It’s important any sponsorship or brand activity is created in a way which can enhance that relationship, and if so, it’s likely to have a positive impact on sales and awareness.

One criticism of vlogging and brands was based on a survey of 42,000 internet users aged between 16-64 across 32 countries, which suggested that the medium is still a niche for new brands and products. But this ignores the fact that vlogs are predominantly viewed by teens and Millennials for reasons other than product research.

And even younger audiences demonstrate the power of vloggers. As a parent I can vouch for the influence of Stampy, the British videogame vlogger whose 8 million subscribers are largely primary school age children who have become experts on the latest products available for Minecraft and similar family-friendly games as soon as they feature in his videos.

Particularly interesting for brands is that the demographic for vloggers is expanding, fueled by subject areas beyond videogames, beauty and lifestyle. Channels very clearly aimed at adult subject matter, discussed with adult language, include cars (Australia’s Mighty Car Mods is effectively an online rival to Top Gear), motorcycling (The UK’s Baron Von Grumble has worked with manufacturers including KTM and BMW who don’t mind his adult topics and language) and business (Gary Vaynerchuk used vlogging to grow not only one business, but to then launch a new creative agency and a career as a best-selling author and speaker).

Brands and campaigns working with vloggers include unexpected organisations such as the Royal National Lifeboat Institution, Volkswagen and Turkish Airlines in addition to companies such as Unilever, Samsung and Pizza Hut which you might expect.

Before I start on the mechanics of how brands can work with vloggers, it’s worth noting that as an alternative to collaborating with external stars, business and brands can also use the vlogging approach themselves. It’s why various traditional celebrities have already embraced the medium.

How to research vloggers

Various tools exist to help you locate online video stars and vloggers in specific interest areas for your business, such as VidStatsX, SocialBlade and Wiztracker.

These tools will allow you to looking into ranked statistics for various categories by views, subscribers and more. It’s also important to use YouTube itself to research potential titles and topics by using the same type of keyword and phrase research that applies to any Search Engine Optimisation to see which videos and channels rank for specific terms. For example, if you’re planning a series of vlogger videos on opening bank accounts, you’ll want to see who is already successful for ‘How to open a bank account’, ‘Which type of bank account to open’ etc, to see what may have worked in terms of video production, content, titles and descriptions.

Many of the top Vloggers are now part of ‘multi-channel networks’ who often work with them on business and sponsorship. For example, Channel Flip, which is part of TV production company Endemol Shine Group, whose work also includes American Idol, Big Brother and Masterchef. Whether they choose to still represent themselves or have joined a network, the biggest YouTube stars can earn six figure salaries including brand endorsements and sponsorships.

So for smaller businesses, the prospective vloggers should be those in the second or third tier of popularity. Look for rising stars who you can build a relationship with before they reach the stage where they’re bombarded by offers. The benefits of working with smaller, rising stars are that the costs will be less, and you’re likely to have a more effective collaboration both now and in the future.

One way to get a different creative take is to look for vloggers and YouTube stars in areas away from your business interest. For instance, how could cooking vloggers be involved in promoting a car, or videogame vloggers help a campaign for food?

How to research vlog campaign mechanics

Beyond researching existing successful campaigns, there are two key areas to understand for any promotion with vloggers. And this applies whether or not you work with an external creative agency or a multi-channel network, as ultimately it will be your business and brand represented.

The first area is to ensure that any sponsorship, campaign or product placement complies with all existing rules and regulations regarding disclosure.

For example, the UK Advertising Standards Authority recently banned a YouTube video on a channel run by Procter & Gamble-owned cosmetics brand Max Factor after receiving a complaint. Although the videos did have embedded text referring to Procter & Gamble, the ASA considered viewers should have been made aware prior to viewing, and the used of phrases ‘sponsored by’ and ‘brought to you by’ weren’t clear enough for a YouTube channel set up purely to market Max Factor products with guest vloggers. Meanwhile in the US, a complaint has been filed with the Federal Trade Commission as many toy-related videos in the YouTube Kids app were created or sponsored by toy companies but were not clearly distinguished as advertising. 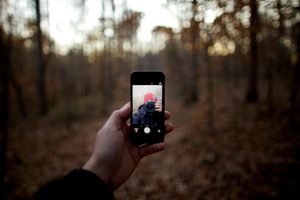 The second area is to ensure that you use the right tools when sponsoring or advertising on videos. That means using YouTube’s guide to ‘Paid product placements and endorsements‘. The main change in 2015 has been that displaying your logo or product branding as an overlay throughout a video now has to be a paid advertisement via YouTube, rather than something you could negotiate via a vlogger or multi-channel network, and graphical title cars also need to be bought through YouTube. Fortunately, text-only title cards for paid product disclosure are still fine.

For more detail on how to shoot videos and optimise them individually for your business, you may want to bookmark ‘How to optimise your videos for YouTube success‘.

The benefits for brands

YouTube and other online video channels have long been a useful way for brands to generate awareness, and targeted campaigns have been shown to also drive bookings and sales for many businesses. 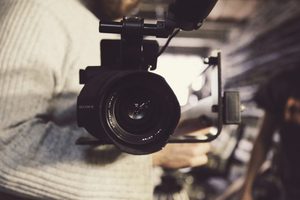 Beyond the uplift measures put in place for any promotion (awareness, traffic, sales), one often overlooked aspect is that unlike traditional TV advertising, your YouTube content will remain live indefinitely as long as the video site remains on the internet. So it can continue to build an audience for months and years after publication.

Article originally written on 17 June 2015, and updated on 3 November 2016 to correct statistical information.