Home » Knowledge Centre » Is Snapchat dead? The Rise and Fall of the Social Media Game-Changer
Get a quote
× 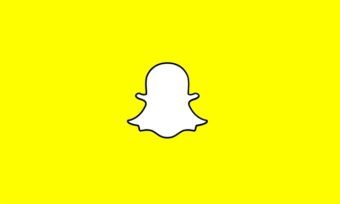 “Adapt or Die”; the phrase could have been written about social media.

Bebo, MySpace, Live Journal, Friends Reunited. All these platforms rode the crest of the popularity wave until other platforms usurped them – largely by besting them at their own game.

Snapchat could be next in line. But it was once a social media game-changer, which makes its sudden demise all the more shocking.

What was great about Snapchat

Snapchat was the “it” platform a couple of years ago – celebrities and friends alike were constantly on it, because it offered something unique and completely different – disappearing photos, fast intense messaging, and funny filters.

Snapchat invented Stories, a showreel of photos and videos that disappeared after a certain amount of time.

There was an addictive quality to Snapchat, and people compulsively checked it. There was even a feature called Snapstreaks which reward users for consecutive messaging days – you can imagine how this maximised user activity.

Why Snapchat is under threat

In a social media world where posts stuck around, Snapchat was like a fast flowing river in a land of ponds. It was exciting and different.

But the problem with social media is it’s just so public and copy-able. Nothing remains unique for long; disappearing content made Snapchat a game-changer, but of course, other platforms (Instagram and Facebook) soon recognised the appeal of ephemeral content and developed its own such features. In an extra blow to Snapchat, Instagram’s Stories are actually better than Snapchat’s.

Of course, it could be argued that Snapchat’s core concept was flawed from the off. So-called “disappearing content” could easily be screen-shotted and saved by recipients, therefore removing any benefit in using the app from a privacy standpoint. But its uniqueness and sense of fun were what set it apart.

Compounding this squeeze from the competition, Snapchat launched a controversial redesign, which many users found confusing and difficult to use. It was so unpopular that 1.2million users signed a petition asking them to reverse the design, and prolific celebrities like Kylie Jenner were vocal in their displeasure at the changes.

Figures suggest that the app could be on its way out. In Q1, the growth rate slowed to 2.13% – its worst ever at the time. Since then, active daily users have actually fallen for two quarters in a row. Unless Snapchat can turn things around with some fairly spectacular new creative features (which its main competitors are sure to replicate in a heartbeat), it might be in trouble.

So should you stop using Snapchat for your business?

The answer to this depends on whether or not you’re still seeing results. It might be that your target audience happens to be a demographic (primarily teenagers according to many sources) that still uses the app frequently. If you’re still seeing lots of views and engagement then keep using it.

Can You Really Buy Social Media Followers? (And Should You?)

Which Social Media Platforms Should I Use for My Business?