Unless you’ve spent the last few weeks under a rock on some remote island, there’s a good chance you’ve heard some of the buzz around Pokemon Go. It’s the Pokemon game that fans of the series (many of them now in their early 30’s, myself included) have been waiting for, and it’s sent Nintendo’s stock price soaring. It’s popular alright. We’re still waiting on UK figures, but over in the US, 60% of users who have download the app use it every single day, and factor playing into their everyday routine.

In fact, according to figures from SimilarWeb, the Pokemon Go app is being used for an average of over 43 minutes per day. That’s higher than Whatsapp, Instagram, Snapchat, and Facebook Messenger.

So what’s Pokemon Go all about?

From the golden days of monochrome Gameboys to the touchscreen world of the Nintendo 3DS, the golden formula for Pokemon hasn’t really changed. You play an inexperienced, low-level Pokemon trainer who travels the world looking for, well, Pokemon. Pokemon are those cute creatures you see every player (or ‘Trainer’) getting excited over, from Aerodactyl to Zubat, including Nintendo’s poster-pokemon, Pikachu. There’s often a loose narrative running through each game, but the objective remains the same; ‘gotta catch ‘em all!’

Pokemon are like collectors items. Some of them are rare, some of them have distinctive skills, and you can battle them to make them stronger and unlock new talents. 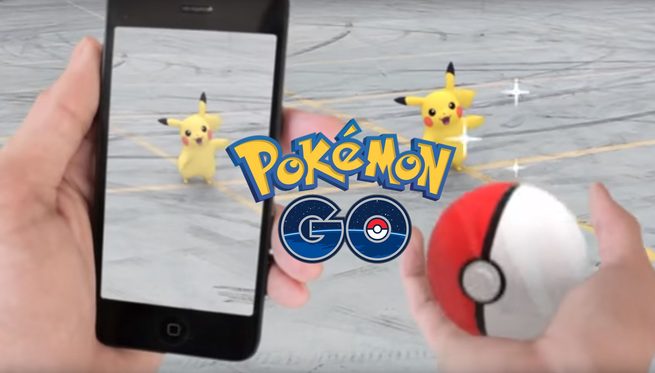 Now, I know what you’re thinking. What’s all of this got to do with business?

Well, for a while now, the smartphone and tablet markets have been overshadowing handheld games consoles. We’re all carrying pocket-sized devices around with us that pack a real punch, have high definition screens, cameras, GPS and intuitive touchscreens. How can a handheld console compete with that? Pokemon used to be set in a static, fictional, 2-dimensional world, like this… 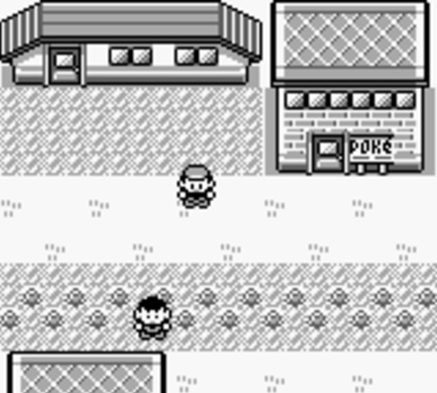 Pokemon Go, however, is set in the real world. It uses augmented reality and GPS tracking to position wild Pokemon all around us. Think of it like Google Maps but with an interactive element… When you see a Pokemon appear on the map, you can tap it to enter capture mode. This is where the augmented reality aspect comes in (if you have it enabled).

This may seem rather meaningless to your café, bar or shop at first glance, but bear with me. Aside from catching Pokemon, there are two essential in-game locations that every Pokemon Trainer needs to have access to. These are called Pokestops and Gyms.

A Pokestop is basically a refuelling point (symbolised by the blue circular symbol in the image above). It’s somewhere players can stock up on pokeballs (the things used to catch pokemon) and other items. Pokestops are often landmarks or buildings, and every single player will need to visit one fairly regularly if they want to keep playing.

A Gym is somewhere players can go to battle their Pokemon and increase their level (the tall red symbol on the map in the above image). Gyms are less common than Pokestops, but attract a lot of players multiple times a day as teams try to battle for dominance over that particular site.

Is the picture becoming clearer? That’s right, if your business is a Pokestop, or near a Pokestop, you can capitalise big time. For example, my local Starbucks is next to an old building with a plaque outside. That plaque happens to be a Pokestop. I’ve seen a surge in people drinking their morning latté there with their phones out, refuelling their Pokeballs and potions as they start their day.

Just because your business isn’t sitting on a Pokestop doesn’t mean you can’t take advantage though. Here are three things that every small business should do to try and attract players (i.e. customers!)

Players can place something called ‘lure modules’ at Pokestops. For a limited time, they will attract rare Pokemon to that stop and every player within the vicinity will be notified on their in-game map.  It’s essentially cheap, easy marketing.

How do you do it? Simply take our your smartphone and download the Pokemon Go app. Making an account takes seconds and there’s no obligation to play for hours if you don’t want to. Right away you’ll have access to everything you need and the app does a good job of showing you the basics. Once you’re in, simply buy some lures with real world cash (they’re extremely cheap – one module is less than a pound) and place them at your nearest Pokestop (take a look at your in-game map, they’re everywhere). Lures only last for 30 minutes, so buy a few to keep things going as long as you’d like.

Your business can capitalise by running a special offer during this time or switching up tactics. Do you sell cake? Set a lure and run outside with some free samples! Do you own a restaurant? Advertise a special deal for passers by and start cooking something that smells good!

There are countless ways to make lures work for your business.

What do you do if you’re nowhere near a Pokestop? Obviously, you don’t want to set lures at a Pokestop that’s a mile away from your business. You can, however, host a Pokehunt. Pokehunts are basically excuses for players to get together in big social groups and go hunting for Pokemon together. Usually, these are pre-defined routes that have Pokestops along the way. To capitalise, you could advertise a Pokehunt on social media or your website that starts and stops at your business. Hunting is thirsty, tiring work, so trainers are highly likely to stop off for refreshments when they return!

Using hashtags such as #PokemonGo and #Pokemon are a great way to advertise on Twitter and get people talking, and don’t be afraid to put up posters too. Simply draw up a route and advertise!

3. Reward players and get free advertising

It’s simple yet effective. Thanks to the integration of the camera, players can catch Pokemon in the real world, which means they can catch Pokemon at your business. Places like cafes and restaurant are at a natural advantage when it comes to using Pokemon Go, but this method can benefit all kinds of businesses when handled right. You simply need to offer a reward to players who share screenshots of Pokemon they’ve found at your business. Ask them to attach a particular hashtag, or tag your business in a post and in return you could enter them into a free prize draw.  No matter what products you sell or services you offer, it’s a great way to get eyes on your business and raise awareness of your brand.

Over at Barnes & Noble, they’re sharing screenshots of Pokemon they’re finding in their cafés… What’s next for Pokemon?

In this article we’ve really only scratched the surface. Businesses all across the UK are finding genius ways to take advantage of the Pokemon hype, and it really does work. No wonder Nintendo’s stock prices are booming. In the coming months, there have been hints that Pokemon Go players will be allowed to trade Pokemon and items which could open even more doors for local businesses (set up a trading post!).

Pokemon Go is fun, popular and it’s probably the most affordable marketing you’re going to get for your business in 2016. It’s virtually free to get started, and you only have to sink in a few pounds per week if you want to keep it going. It’s all about connecting with players and marketing your business intelligently.

Just be careful when you download the app. You may get hooked and forget about your business altogether. Gotta catch ‘em all!