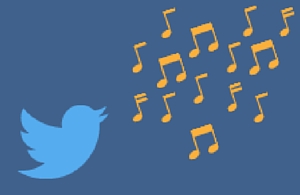 From worrying about getting an image, a hashtag and some kind of sense into a tweet, now we’ll be scratching our heads at what the bluebird we’ll fill it up with.

If you’ve ever used Twitter for your business (you have, right?), you’ll have felt the frustration of having to split customer service responses over several messages, or groaned at the link that just tips you over into the red. Could be, this is a good thing.

So why are so many people upset?

Largely because they haven’t understood. Yeah, soz. It’s the classic ‘I’ll read the title and get riled up but I won’t click through to find out what I’m angry about’ situation.

They’re mad (it’s trending, they’re so mad) because Twitter is and has always been a micro-blogging site. The entire point is that you have to be a bit smart, you have to CRAFT your message rather than blurt out a bunch of drivel. It’s what makes Twitter Twitter.

But if you take a minute, it becomes clear that the 140 character trademark is not being scrapped.

What’s really on the cards

Your timeline will not be filled with endless Odysseys about your cousin’s new baby. You will not open Twitter to stare blankly at an entire page of emojis, telling a ‘brand story’.

The musing (and that’s all it is at this point) is that perhaps we shall see an expandable Twitter card that shows you 140 characters but lets you opt in to seeing more.

Is it a good thing?

Hell YEAH it’s a good thing. You can keep all the best things about the 140 character limit (brevity, style, ease) and get around the annoyance (stuffing in links and images).

Issues I can see

If it happens, though, it will come with its own challenges. Will Twitter allow you a card to contain overflowing text, like an ongoing customer conversation? Or will the extra character card be for specified ‘additional’ text that complements the original 140 characters?

I have to say, although it would be a bit annoying, I’d prefer the second result. If we have endless overflow available to us, the style of our tweets will change. There will be no crafting. It’ll just become another Facebook, a platform that lets you type whatever you want and just hides the bulk of it for people to expand.

A secondary problem with that is fewer click-throughs. Enough brands will chuck their whole story into a tweet that people will become used to staying within Twitter for their gossip (which is obviously exactly what Twitter is after), meaning fewer click-throughs to your website even if you only post teaser content.

Let’s keep the 140 character look. Let’s make people work at those 140 characters so they’re still stand-alone great. We really have enough noise in the world and anything that makes us think about what we’re saying is a good thing.