“Make the most of it and be a hero to your child before they get older and realise you’re not very cool and prefer to hang around with their mates!” I started my PR career when the fax machine was a hot piece of tech and worked in digital marketing when MySpace was all the rage. My last ‘official job’ was a senior analyst for an international media agency, which I left in September 2015. It was making me ill to the point that I contracted Chickenpox and it was during that time that I couldn’t leave the house so I played with my son, more than I had done in months. He didn’t ever seem to mind that I looked like the Elephant Man!

I realised, that like many working dads, I didn’t really see my child during the week. If I was lucky, I maybe got 30 minutes of the ‘not going to bed’ time routine.

For the last couple of years, I’d been out the door at 7am and home at 7pm if I was lucky. In the life of a busy three-year-old, that’s pretty much the majority of the time they’re awake. I’d get to hear second-hand about the games he played, the things he learnt and what made him laugh. Now I’m around to help teach him or instigate that laughter, rather than hearing about it.

I heard that the average person spends 100,000 hours of their life at work. As a fact of life, it’s a pretty sobering one, so it makes sense to ensure whatever you are doing, counts.

Initially, my plan was to have a three-month sabbatical. Three weeks into it, I was approached by a music promotion agency to work with them, so then I started getting paid to interview some of my musical heroes and handle the PR for gigs, which was a dream come true really!

The pros really outweigh the cons of staying at home the majority of the time. I feel I’m much more part of the community and have made friends on the school run. I’ve made some brilliant memories, and my relationships with both my son and my wife are better because I’ve been able to invest more time into them. On the reverse side, my income is lower, the purse strings are a bit tighter and our friends make jokes about how small our TV is. But I can live with that.

When I introduce myself to others, I mainly identify as a blogger/journalist. If I sense the person is a bit more open-minded, then I tell them story of my sabbatical and that I stay at home.

A lot of people think I’ve ‘got it made’ and I’m doing the right thing. They assume that I sit around all day eating Pringles and watching daytime TV that couldn’t be further away from the truth. I’m probably working harder than ever but because I have a purpose - it doesn’t feel like work. I work from an office in my home, so every morning I get to walk my son to school and every night I get to eat dinner with my family. 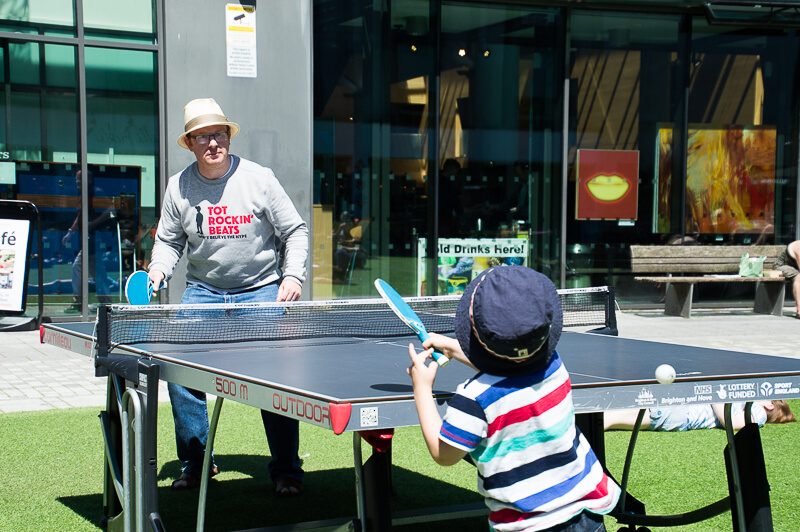 My advice to anyone thinking of becoming a stay at home dad is just to do it. Don’t worry about what people are going to say - there will always a wall of negative voices, but ignore them. Make the most of it and be a hero to your child before they get older and realise you’re not very cool and prefer to hang around with their mates!

I’ve been writing a blog about my life as a 'Dapper Dad' for the last two years. In the past year it has come on considerably and given me so many great opportunities.

I’m now transforming the blog into a publishing house that focuses on and produces content for the modern dad or what I like to call; dad 2.0. Did you know that there are over six million dads with dependent children in the UK, yet the majority of brands still treat us like we are buffoons that can’t dance or change a nappy? This really needs to change and this is where Don’t Believe the Hype comes in.

Alongside this, I’ve started putting on sell-out afternoon raves for parents who can’t get babysitters called ‘Tot Rockin’ Beats’ The aim is of this to help families on the dancefloor and babysitters out of work.

I am also going to be producing a range of Tot Rockin’ Beats merchandise, so people know that Don’t Believe the Hype isn’t just a blog. It’s aimed to revolutionise how dads are recognised within society and what parenting means in the 21st century. Once others start realising that dads don't ‘babysit’ but ‘parent’ and are just as equally capable of doing so as mums then I think we will be in much better place. I’d also like to see us adopt more family-friendly hours in the office and home working becoming more commonplace; anything that cuts down on commuting time.

I think that a more equal society in terms of caregiving would make the world a nicer place with less hostility between genders and marriage. Not being the main breadwinner can really dent the ego for a lot of men, but as long as you contribute in other ways by helping to produce a generation of bright, curious minded, happy and healthy children then surely that is a reason to hold your head high?

What lies ahead for the future of gender equality? Find out more here 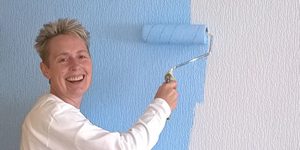 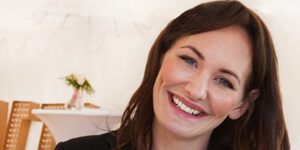 Manage your online business details, reviews & social media all from a single dashboard