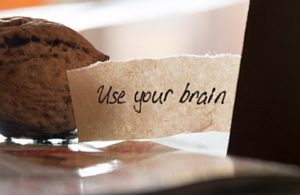 All marketing is persuasion.

But when you take a look at the different kinds of persuasion, you start to see some pretty interesting psychology at work.

If you can play on these emotions and weird human inclinations, you’ll really tap into what makes people choose a brand.

Or the perception of value exchange, anyway. An example: we tip more (3%) if we’re given a mint with our bill. FACT. But what’s interesting is that we tip even more (14%) if we’re given one mint with our bill but the waiter then comes back with another mint, saying it’s because we’re so great. We eat that right up – we pay for the feeling we’ve got from the interaction.

I do it myself. In my local Pizza Express, I once stood up for a waiter who was being shouted at by a vile customer. The waiter later came over and thanked me personally, and the manager gave us a bottle of wine. We now go there pretty much exclusively in our town and we leave huge tips. We’re treated like royalty, we feel like royalty, and we tip like royalty. Value exchange.

This works when you’re trying to gather data from your customers – you give them some knowledge to download in exchange for their email address, which you can use to target them in your marketing.

This is actually more honest (imagine!) than the mint game because most people now have an awareness of what’s happening and weigh up the values being exchanged.

Why is gold so valued? Why do we want natural diamonds, not perfectly sparkly lab-grown diamonds? Because they’re rare and not everyone can have them. We feel special.

Creating this kind of buzz around your product works like a charm. When British Airways announced they’d be discontinuing Concorde flights because it was just too costly, sales rocketed. Everyone wanted a piece of something that was running out.

I also have personal experience of this. If I put a bag in my basket but decide not to get it, then I see articles about it having sold out in every store, I suddenly find myself on eBay, considering paying five times face value. It’s mad.

Celebrity endorsements work because we want to be like them, so we buy the stuff that will magically make our lives like theirs.

Never before has this seen such effect as since the rise of Instagram or blogger celebrities. These are people who post a photo of themselves sitting on their bed wearing a tracksuit, then receive hundreds (if not many thousands) of comments begging to know where they got it. One blogger I follow can’t post a picture of a cup of black coffee without hundreds of fangirls asking where they can get a cup of black coffee like that.

Little and often – you barely notice that the tide is coming in. Think about the ways charities get you started: just one pound a month can help. Then they’ll start pitching bigger sums. And because you’re already used to the regular commitment, you’re more likely to give the bigger sum than if they’d asked for that outright.

We prefer to buy our stuff from someone we like. It’s why I go to Pizza Express in my town so much, but hardly ever anywhere else. Content Marketing is basically built on this principle; we establish ourselves as a business that’s fun, trustworthy and knowledgeable. Who wouldn’t prefer to buy from us than from the guys who don’t do any of that?

In a social experiment, two groups conducted a series of business meetings. The first group were told to cut the chit chat and get straight down to business. They were able to reach an agreement in 55% of cases. The second group were told to share a few bits of personal information and find some common interests before they started – they reached a successful agreement in 90% of cases. Pretty wow.

However special and different we think we are, humans are essentially herd animals. We like the approval and comfort we feel from fitting in.

Statistics are often used as a persuasive device (I’ve been using them in this article to persuade you that I’m right) but in marketing they’re a bit more than that. They’re about inviting you to join the gang.

If 90% of a business’s customers would recommend their weight-loss programme, I’m not only convinced it’s legit; I want to join the club. I want to be one of these happy people. I want to belong.

Your customers are all motivated by the same things. Learn the psychology to target your messages. Click To Tweet