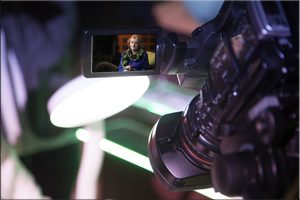 What I want to do is lay out ten points that will help you to use interviews in your marketing videos. I’ve written before about the power of personal testimonials and I’m not going to repeat that here but I will just give a quick recap.

Interviews allow viewers to see people who have experienced your product or service and hear them talk about it. It engages viewers by allowing them to empathise with and even aspire to be a current customer. Interviews give a sense of honesty and reality that no acted scene can match. Interviews are more powerful than direct addresses to the viewer because the customer who is appearing in your video will be more relaxed, less worried about remembering what to say and therefore they will look and sound like they are telling the truth.

How To Shoot Your Interview

How To Edit Your Interview

Follow these steps and you will have interview footage that allows you edit to get your message to potential customers.