Home » Knowledge Centre » Banner Advertising » Are Your Online Ads Irritating? No? Maybe They Should Be…
Get a quote
× 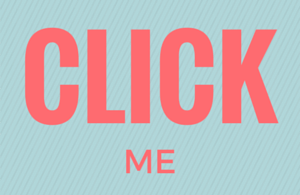 According to Econsultancy, 62% of people in the UK find online ads annoying.

The trouble is, even as a marketer, I can’t disagree that ads are annoying. They kind of have to be to get attention, don’t they? It’s an unfortunate fact that some of the least appealing techniques in copywriting and graphic design seem to convert to sales really well. To my eternal despair.

We all know Comic Sans is a font of great ridicule. We wouldn’t use it in our ads – we wouldn’t even use it in our children’s last-minute midnight-panic school projects. But a lot of the fonts we don’t love seem to do well in ad A/B testing.

Sometimes the very fact of a font’s plain appearance is what gets the gold – anything that looks too polished runs the risk of seeming insincere or too expensive, especially if you’re not a luxury brand.

And for what it’s worth, a sans serif font is always going to be easier to read than serif.

Generally, a copywriter will tell you that titles should take sentence case, Which looks like this. We’ve been told for years that the Up Down Up Down of Title Case makes the reader have to work harder so we shouldn’t do it. But, strangely, title case performs better in A/B testing. Why?

Andy Maslen, a copywriter I hold in high esteem, reckons it’s BECAUSE it’s harder to read that it converts better. If you’re taking longer to read something, you’re also taking the time to understand it – you’re thinking about what you’re reading. Crazy, but it works.

I’ve heard the same of PPC ads – test title case to see if it attracts more clicks, even if you think it looks horrible like I do. Sorry!

The moral of the story

The moral of the story is: split test everything you do. It’s worth using your ad budget to test two ads because you’ll know the next time that you’re putting your money into something that gets results.