You no doubt heard about the apparent disaster at the 2017 Oscars ceremony. How strange it was to see the award for best picture given to the wrong team of people. It was shocking to see the looks of disappointment on their faces as it was cruelly snatched away. Then there was the joy on the faces of those who had been disappointed but suddenly realised they were actually the winners. If nothing else, it guarantees that this awards ceremony will be remembered for years to come. 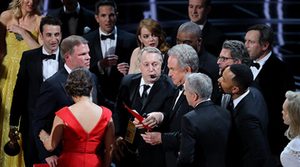 Amidst all the confusion and all the explanations the thing that really struck me were the actions of one of the producers of La La Land, Jordan Horowitz. His colleagues had already given their speeches and it was his turn when he realised what had happened. Stood there at the front of the stage he stopped instantly to make it clear there been a mistake. Jimmy Kimmel, the host, tried to console him and said “I wish I could give you an Oscar too”. Horowitz declared that he was happy and proud to give the Oscar to his friends who made Moonlight. If anything, I was more impressed with him as a human being for his actions at that point than I am with his talent as a producer in creating a film.

This got me thinking. From the mess and confusion, two things clearly emerged for me. Firstly, that producer is a decent man and secondly Moonlight must be a genuinely great film. In business when something goes wrong it’s easy to get caught up in confusion and swept along in the cycle of chaos. But it is also possible to take clear action, cut through the panic, and grab triumph from the jaws of disaster. 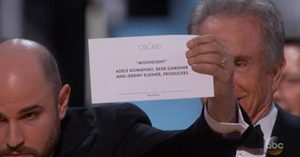 What really impressed on Monday morning was that these actions of Horowitz were genuine reactions in the midst of what must have been soul-crushing disappointment and embarrassment. Because of the genuine and fast thinking nature of his actions he has emerged from the debacle very well.You can read about it here (The Independent). One news site even called him a hero in its headline before later toning it down. How can we as business people learn from this. What can we do, when disaster strikes, to emerge stronger than before?

I’m going to break down five lessons we can learn that will help us in any problem we encounter.

A customer calls us to say they are unhappy about a bill we have sent them. When questioned, they tell us that the problem is that they have already paid part of the bill so the outstanding amount quoted is incorrect. We have a problem. The problem is that the customer is unhappy not that there may, or may not, be an error with the bill. Now we can analyse the error. Upon checking our accounts we see that the part-payment described by the customer does not show on our system. We ask more questions and discover that the customer has paid by bank transfer. Crucially we find out that the bank from which payment has been sent is not part of the Faster Payments scheme. We have discovered that the customer has sent payment but we have not received it yet.

Our plan of action must allow for the possibility that the payment has not been sent but also make the customer happy. Our plan is to apologise, place a hold on the account so that no further payment demand letters are sent, and ask the customer to ignore the letter. We then tell them that we will check our accounts for receipt of payment in a few days and reissue a new bill for the remainder. By discussing the issue openly, without blame, we make the customer happy and fix the problem. BUT we must now follow through on the plan. We have to check the account and send the revised bill. Our systems must be checked to make sure they have have worked correctly. 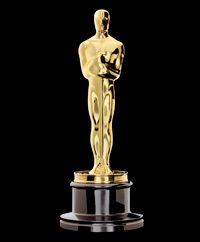 We’ve all been the victims of companies that fail to follow through on promises. Companies that leave us with unfixed problems just make matters worse. Often it’s the big companies that struggle as accounts get lost between the hundreds of people that work there. As small and medium size business owners we have the advantage here. We can have staff that know individual accounts and can look after them. This is where being small pays dividends for us. In our ability to have a personal relationship with our clients. That’s a triumph for us and a disaster for the big guys.