Home » Knowledge Centre » Business Advice » Could Your Business Recover 100% Of Its IT Data?
Get a quote
× 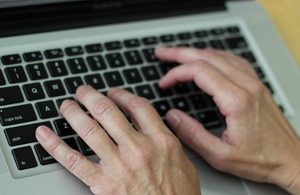 For most businesses, computers are an essential tool. Living in the digital age, we are increasingly relying on technology to go about our daily business. The truth is, we are reliant on computers in so many ways, the most common being to input, store and retrieve data.

When computers are fully operational, office life is good with your team utilising software for accounting, sales, administration, personnel functions. However, it can be a very different story when there’s a major disaster or IT failure resulting in the need for a full system restore. This is the time that most IT specialists become nervous. Why?

According to *Symantec’s 2013 report entitled “Avoiding the hidden costs of the cloud”:

Separate research also shows that “70% of business people have experienced or will experience data loss due to accidental deletion, disk or system failure, viruses or fire.”

As a small business owner, I have consistently backed up data over the years to different portable hard drives. Each hard drive purchased had considerably more data storage than the last. The previous hard drive was then backed up to the new version and so on. One day, when trying to back up another laptop there was a warning that data would be lost which immediately resulted in me cancelling the back up. Too late, the portable hard drive had somehow re-formatted resulting in the loss of nearly 500GB of data.

Over time, using software, most of the data was retrieved however all of the folders were gone and file names became numbers. With close to 500GB of documentation, photographs, video etc the task of re-naming the data was too onerous. The 500GB portable hard drive was now a useless piece of junk. It was obsolete. But we had to retain it just in case we needed to search for a specific file for our business.

Whilst this was a small incident, it was huge to us at the time. The hours spent trying to recover the data was time lost when we should have been undertaking other duties. 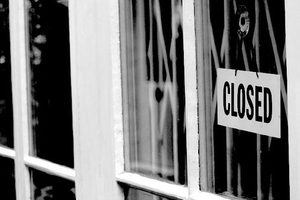 Let’s upscale this a little…

According to the American organisation FEMA (Federal Emergency Management Agency), 40% of businesses do not reopen after a disaster and another 25% fail within one year. Whilst UK figures will no doubt vary slightly, these are still very scary statistics!

Let’s look at your business. How much data could you afford to lose before your business is unable to function? Oh, by the way, be very cautious when thinking that you have all systems in place.

These are frightening figures. Why did the restore not record a 100% success rate? There are a number of reasons. Perhaps, nobody previously tested the backup facility correctly to ensure that the system was working correctly. Perhaps there were other devices such as mobile phones or tablets that carried important data and yet were omitted from the backup system. Perhaps the frequency of backups is an issue.

In fact, another poll conducted in 2013 by Harris Interactive found that “30% of computer users had NEVER backed up their data”

Depending when the system failure occurred, the consequences of the most recent data being lost can be immense. Can you imagine the cost of losing virtually a month’s data? How will that impact your business? How many sales may be lost, relationships soured etc? The cost of this kind of loss to any business may be large enough to see it fail.

The small business owner generally employs a do-it-yourself approach to IT and data. Some have the “phone a friend” and only a small percentage consider their data to be worth an investment in a third party company to maintain it.

What should your business be doing about this?

As a business owner, it’s important to weigh up how much critical data you store. If data retrieval is a must in your business, then you should take steps to ensure a suitable daily backup plan is in operation, and have it tested properly to give you the peace of mind that, if called upon, your IT systems can be fully restored quickly, with minimal loss.

There is no excuse for having a “it’ll be alright” attitude. When data is critical, it either works for you or it doesn’t. If you are unable to retrieve it when called upon, then your business is at risk. Do not take chances with data, it’s not worth it!

My advice to any business owner is to take time to appoint a reputable company to handle your data correctly, checking backups are frequent and that all of the data is retrievable. With so much IT expertise available today, there isn’t an excuse for ignoring a key essential of good business.