Home » Knowledge Centre » Business Advice » Should You Participate In A Local Currency Scheme?
Get a quote
×

After the financial crisis of 2007 there was a resurgence in the old idea of local currencies. The idea resurfaced because there was suddenly a lot less regular currency available to spend. These local currency schemes became more popular, although they had always been around, because it enabled businesses to keep trading. The technical name for a scheme is a LETS (local exchange trading system). I want to look at what these schemes are, how they work and finally take a look at the benefits and pitfalls.

What Is A Local Currency?

Sometimes referred to as a complementary or regional currency. A local currency is a scheme where businesses agree to create a form of voucher that they will then accept instead of standard currency. For example if you visit Bristol there is a famous and successful scheme called the Bristol Pound. It looks like real money just not the kind the Royal Mint issues. You can also access and spend Bristol pounds with your phone. You pay ‘real’ money into an account and receive Bristol pounds in return at a 1 to 1 exchange. These can then be spent with the companies that are part of the scheme. In Bristol this even includes some energy companies. The scheme goes further with scheme members able to pay business rates and council tax with Bristol pounds.

What Is The Point Of A Local Currency? 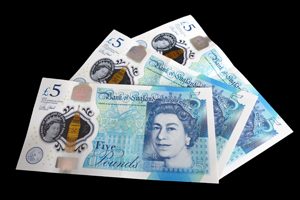 The point of a currency is to get people to spend with local businesses. You have probably seen the meme telling you how much of a boost the local economy would receive if you spend x amount locally every year. You may have seen a local scheme such as Totally Locally that encourages local spending. A local currency is an extension of this desire. For businesses the benefit comes in that local currencies usually cannot be saved. At least not in the sense that they can earn interest. This means that they are only useful for spending. Which encourages people to spend and to spend with local business.

This is the key point because if you use a local currency you are more likely to spend it. When money is spent it moves. The circulation of money is what creates wealth. The experience of actual local currencies shows that they circulate faster through the local economy than central currency. That means more wealth is created per pound because there is more economic activity per pound. In some schemes businesses can create additional currency simply by promising that value of goods to be available to buy. In others you get rewards when you buy or sell goods using the local currency. These schemes give us a little extra incentive to use them.

This is the tricky bit and the clever bit. Where a scheme uses the mutual credit model you only create money when you spend it. You don’t buy in so your account is always in the red until you accept the local Currency in return. Between all of the involved businesses there will be an overall balance of £0.00. Therefor there is no tax to pay. This gets complicated very quickly so if you are thinking about joining a scheme you will need to look at this with the scheme organiser to see how they have organised the scheme and take some advice on taxation. If the scheme does work to the zero sum outcome you will find that you are able to sell and buy a proportion of your goods and services and for it to be tax free. Now this is starting to appear more interesting.

What Is The Downside? 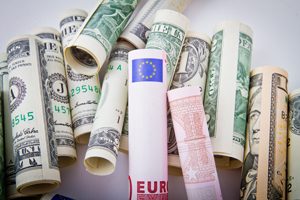 The downside is the same as it is with any government issued currency. It only works if we all agree that it works. All currency is based upon the mutual agreement and confidence of its users. Any currency will lose its value if we all start to think that we can’t buy anything with it. naturally we all then start to buy and sell in other currencies. This is what destroyed the economy of the USSR and led to its collapse. The countries own citizens realised that if they had access to Dollars they could buy whatever they wanted but Rubles were only useful at state shops that had empty shelves and long long queues.

Both the opportunity and the risk for us all is that a local currency is not backed by any central government. It is only backed by the mutual trust and enthusiasm of the participants. That can make it great or it can make it dangerous.