Home » Knowledge Centre » What Will a No Deal Brexit Mean For Your Business and How Can You Prepare?
Get a quote
× 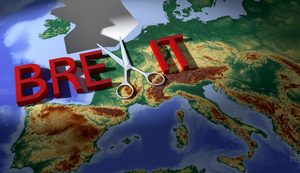 MPs have rejected to delay the EU departure date and Theresa May’s Brexit deal hangs by a thread. News outlets are reporting that the risk of exiting the EU with no deal has increased as a result of these latest Commons votes. But what would a no deal Brexit actually mean for small businesses and what can you do to prepare for it?

The answer depends on a couple of things – do you sell your products in the EU or to other countries outside the UK? And do you employ someone from the EU?

If you answer ‘no’ to these questions you can breathe a sigh of relief. If not, you’ve got some preparing to do and the chances are you haven’t done it yet. In September a report from the Federation of Small Businesses (FSB) found that only 14% of small firms had started planning for a no deal Brexit. If you are one of these, the time to start is now.

If Britain crashes out of the EU it will default to the World Trade Organisation (WTO) rules on 29th March, meaning tariffs on goods exported to Europe. Many small businesses will be unable to sustain the effects of these tariffs so it might be time to do some serious thinking about how you do business. Should you shut down overseas operations and focus on UK trading? Do you need to relocate parts of the business to the continent as one sports equipment retailer from Bristol is on the brink of doing? These are huge decisions to face, but the alternative of slowly bleeding to death through extra costs could be worse.

And it’s not just the EU you need to worry about. If you export to other countries that the EU has Free Trade Agreements with, these too will likely revert to WTO rules and tariffs if a no deal Brexit goes through, at least until the UK makes new trade deals with the countries concerned.

There’s also the extra bureaucracy to think about. New customs declarations will lead to increased paperwork, border checks and the need to prove that exports have left the UK. These will all cause time delays and extra work, both of which impact the bottom line. Not to mention the hideous tailbacks at ports like Dover and Calais which we’ve already had a taster of.

Financial Secretary Mel Stride has said that businesses need to get a customs agent on board or look at the software that can be used to make sure of their import/export declarations ahead of a possible no deal Brexit. If this is an added expense or time pressure your business can’t afford, again it might be better to do some serious thinking about where you are going to trade.

If your company supplies digital services to EU countries, you might be in the VAT MOSS scheme, which is a way of paying all your VAT to HMRC in one go instead of having to register individually in each country. Chances are under a no deal result, easy access to this scheme will go, so you might need to update your accounting practices accordingly. What if you employ someone from the EU? It is unclear at the moment what will happen in the case of no deal for those applying for settled status – the means by which EU citizens can stay in the UK. One in five small businesses that employ people have an EU citizen on their books, so that’s a lot of workers. If a no deal outcome means they have to leave, you might need to be prepared to look around for homegrown talent to replace them.

As you can see, there are a lot of unknowns and most-likely large disruption to businesses. The consequences of no deal Brexit mean politicians and negotiators will probably do everything in their power to make sure it won’t happen. That doesn’t mean you shouldn’t prepare for the worst though, that is always the best business practice.

In the meantime, the government has issued a series of ‘technical notices’ about aspects affecting all kinds of businesses in the case of no deal. You can find them here. You should be able to find the relevant details affecting your specific marketplace.