Home » Knowledge Centre » What’s Up With Visual Search?
Get a quote
× 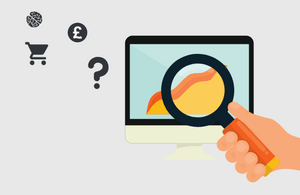 Anyone keen on shopping (both my hands are raised, somehow, as I type) may have noticed that retail apps like eBay and Aliexpress now offer visual search.

Visual search isn’t new. Google’s been offering reverse image search for years, as the MTV show Catfish has been teaching us over and over for seven seasons.

What IS new is visual search’s application to the average person’s experience of the internet.

We don’t know. At least, we don’t know how it works in humans. Scientists are still working that out.

However, companies like Google and Pinterest are using machine learning. In this case, that means feeding computers images to teach them how to recognise elements in other images. If a computer is shown enough images of cows, it will ‘learn’ (with some hilarious misunderstandings along the way) how to recognise cows in images it’s never seen before.

How Google is developing Google search

Google Lens was revealed in 2017. It’s an app that will analyse any image you give it and provide linked information. Taking a picture of a plant will provide you with its Latin name, information about it and related pages you could visit.

This is also embedded within a Google Image search. I uploaded an image of a succulent buttonhole (guess who’s getting married in the desert) and my results gave me other images of buttonholes, the location of the original image online and an entire side bar feature that gave me information about the succulent it had identified in my image. This way of searching is pretty revolutionary. So often, we don’t exactly know what we’re looking for or how someone else will have described it. Using visual recognition is how humans make sense of the world, so giving computers that way of relating to us is incredible.

How visual search is being used

The main applications of visual search in mainstream culture have been for retail. And it’s SNEAKY.

Because of Instagram, we now have such desire for what other people have. We’re drowning in influencers displaying labels we can’t even dream of buying all day, every day.

Aliexpress added a point-and-shoot or image upload option that could, hypothetically, of course, find you a knock-off of that Gucci belt you could never afford.

It’s not perfect. But it does analyse the image and find common elements, then display matching images. If you snap a picture of a green dress, it’s going to serve you all the green dresses for sale on the platform. If you upload an image of a belt with Gucci’s massive double-G belt buckle, you’ll be served fake Gucci for days.

The sneaky bit is that it is, obviously, illegal to sell knock-offs. So, sellers can list fake designer merch without having to say it in so many words: image upload gets around it.

eBay has this feature now too, though they were later to the game than Aliexpress – possibly reluctant to let people seek out fakes on their site. Asos also added image search last summer but for them, it’s about helping people find their ‘runway-inspired’ products, rather than actual fakes. Fine line.

Pinterest also has an image search. You can expand any Pin to find visually similar images – even cropping in on a particular part of the image to refine what you were interested in. Pinterest will offer suggestions of what is in the image, so you can view related subjects. It’s always been important to treat your images like any other content on your website, particularly alt text to describe the image for site crawlers and screen readers. Developers now will use schema markup to make it even easier for search engines to identify and analyse images, so talk to the person in charge of keeping your site nice.

None of this changes just because search engines are getting better and better at recognising what’s in an image.

For a start, image search is only just taking off for most internet users. If you’re a retailer, producing lots of original, high-quality (but optimised for mobile) images will help you stand out early in this area, but don’t forget the old-school image metadata that will still lead most people to you.