Home » Knowledge Centre » How To Write On Demand, For Non-Writers
Get a quote
× 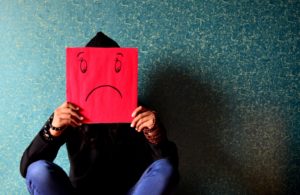 You’re not a writer. You never claimed to be. And yet someone has just asked you – YOU! – to write a blog post or company update because you made the mistake of not looking busy enough when the boss came in the door.

She jangled out some vague instructions, handed you a napkin with a barely-intelligible flow chart on it and then left you, blinking, in her wake. So you don’t waste the next hour staring at a blank page, here’s the instructions to get you started.

1. Write down the brief

Yes, it sounded like nonsense, but write down as much of what you were asked to do as you can remember.

“That guy from the Mail is coming in next week and I talked about how we started so I want him to see something on the site about it if he looks but I’m not sure about the dates – I think I said January 2001 but I don’t know if it was January. Maybe July. You know that report we did in 2005? I think there’s a stack of them in the meeting room cupboard. Ask Jane if she’s got that press release that went out last week. I’ll email you the gist of what he’s coming in for. Can you just quickly pop something up on the blog?”

Write a blog that tells the birth story of the company. The dates can be found in the 2005 company report. The most up-to-date company message can be found in the newest press release, to show the evolution of the business. Wait for the email that will explain what the journalist will be interested in.

2. Paste everything you have into a document

If you’ve got a badly spelled email from your CEO, a press release and a quote from an old company report, paste the bits you think are useful into your document.

There, words on a page. Better?

You’ve got a jumble of useful information. Now, pretend you’re back at school and you have to do one of those reading comprehension tests. You read the story, then you have to answer questions to see how much you understood – so start by reading.

Using the garbled example brief from your absent-minded imaginary boss, here are the questions that you should ask your source material:

Who is this blog about?

It’s about the business and the founders.

What is the story?

How the brand came to be and where it is now.

Where did the story begin?

The quote from the report says it started at your boss’s kitchen table.

When did the company get started?

The report says research and development began in 2001 and the company launched in 2002.

How did the business get to where it is today?

The most recent press release says the business has continually launched new products, leading the market. It has just launched a new line – Jane in PR says the journalist got in touch after reading the press release. The email from your boss says you need to make sure anyone reading the blog knows you’ve got new products out but you’ve been doing this way longer than your competitors.

5. Time to write something

So, you’ve interrogated your source material. You’ve got the bones of a story. It’s now time to write any old piece of rubbish, to get you going.

I tell you: there’s nothing more comforting than 250 words on a page. Looks great, makes you feel like you’re getting somewhere. It doesn’t matter how poor these 250 words are – just write what you can of the story from memory.

Read what you’ve written. Refer back to your notes and add stuff you didn’t include. Read it again – does it sound like the business? Does it answer all the questions you wrote down? Does it do what your boss wanted? Will that journalist find it interesting if – million-to-one chance – he snoops the blog before he arrives?

7. Send it for feedback

Yup, email it to your boss. She may not have taken the time to brief you well but she’ll tell you in a heartbeat if it’s right or wrong. They’re good at that, bosses.

Save a copy of what you wrote first time around (you never know when someone is going to eventually propose another angle that is actually the very first angle you suggested…) and go to town on a second draft.

Repeat step 8 until everyone loses interest – then you’re done.