Bid modifiers are great! By assigning a numerical percentage in Google AdWords against a certain factor can determine how much more or less you are willing to pay per click due to the performance of said factor.

The importance of bid modifiers are growing in PPC due to its efficiency benefits. If you have a rather limited budget, it’s best for that budget to go towards certain features of your PPC account which are working well. Welcome to a key contributor of achieving that – Bid Modifiers!

So let me take you through 4 bid modifier factors you can influence through your PPC Search campaigns: Using location bid modifiers gives you the advantage of leveraging your advert to show more or less frequently in certain locations.

This is where location bid adjustments can become particularly useful. You can set an additional radius of 5 miles around your business location and place a positive bid adjustment to this radius, so your advert can gain greater coverage around areas where you get business. For example, if you put a 25% bid adjustment for 5 miles around your business, you are effectively saying you are willing to pay 25% more per click to boost and have more coverage of your adverts within that 5-mile radius. This can also help drive online users in-store if you have a physical shop or showroom.

You can then set a negative adjustment between 20-25 miles as you may get less business there but still want your adverts to be shown on occasions. This may be due to one of your competitors dominating this area so it is better to allocate budget where it is more likely to convert.

Device Bid Modifiers are adjustments to help increase or decrease traffic from specific devices such as computers, tablets or mobile.

In 2017 mobile accounts for 50.3% of all web traffic generated worldwide. If you don’t have a mobile-friendly website yet (you should, it’s the 21st century!) then you can drive more users to desktop with device bid modifiers if your mobile site isn’t up to scratch.

Another example where you can use device bid adjustments is if there are better performance from certain devices. Your desktop may have low conversion rates compared to mobile and if that’s the case, you will need to look at further analysis to pinpoint the reason why. However, a quick-win would be to push more of your traffic towards mobile by using a bid modifier. You can even get into as much detail as having a mobile-only campaign with bespoke mobile messaging such as ‘Order from your mobile phone’ to encourage mobile conversion.

Ad scheduling bid modifiers are adjustments to increase or decrease your bids for your campaigns over specific days or hours.

Have you segmented your results in your Google AdWords account to determine if there’s any certain days or times where your campaigns perform particularly well? 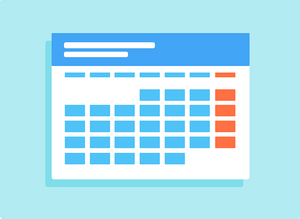 You may have certain times where an influx of customers are searching for your product and/or services and you want greater visibility. For example, a prime time is after 5 pm once people finish work where you may want to use a bid adjustment so you have increased coverage between 5 pm and 10 pm.

Early hours of the morning will be less traffic heavy and lower conversion rates (dependent on the business) so you can either schedule your adverts not to run during that time period or set a minus bid adjustment so your adverts will be showing up less.

Another example of companies using ad scheduling bid adjustments is if you only answer company phone calls around your normal working day. You may want to use bid modifiers to have greater visibility between your working hours and lower your bid adjustments outside of working hours. Your adverts will then appear less regularly outside of your working hours but you won’t miss out on any potential leads if you have a contact or call-back form for the user to fill.

Audience bid modifiers are extremely useful for getting the most out of your audiences. You can increase your bid modifier for a particularly strong audience which is converting well to make sure your ad position and coverage is well for that converting audience.

There are a number of audience lists you may have or can build to become a part of your PPC strategy. From similar audiences which are Google generated to using your own customer lists, you can test bid modifiers on each audience profile. For example, if you ran your own online e-commerce store, you can target users who have already purchased with your company before. This is more likely to end in a conversion then someone who isn’t recognised with your brand. It’s worth paying more to get your advert in front of audiences who you know have converted before.

Bid modifiers are definitely becoming an essential part of a company’s PPC strategy and gives you the ability to leverage components of your PPC advertising which is performing well in a controlled manner. It’s a quick-fix to many problems and can really enhance your campaigns when used correctly within a matter of days.

In future, I think you will see more automated bidding solutions out there to automatically modify bids based on the performance of certain factors in your PPC account. This would be amazing just for the time-saving benefits alone, especially if you’re running a large number of campaigns.