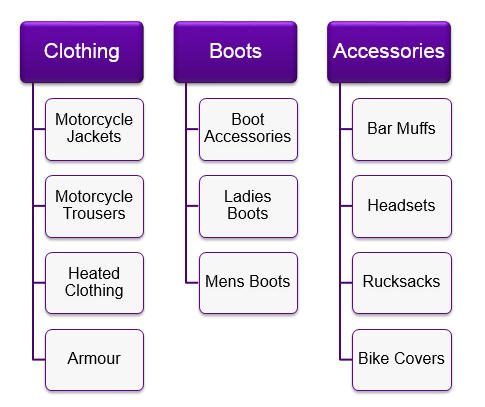 The structure shown here and its naming convention is generally sound, as it reflects their website perfectly (the URL and real company name will not be disclosed as they are not pertinent to the post). There is one thing missing though; brand terms.

When I talk about brand terms, I don’t mean brands this company sells (although those should be included in the proper ad-groups where allowed). I mean their own company name; Mike’s Moto is a brand and needs its own campaign. If you’re a small company, like Mike’s Moto, you probably only need to start with a single adgroup in a single campaign with a few relevant keywords; such as Mikes Moto, Mikes Moto Manchester, MikeMoto and so on. You can then build up the campaign as time goes on by reviewing your search term reports and adding and removing keywords as applicable.  (See below) 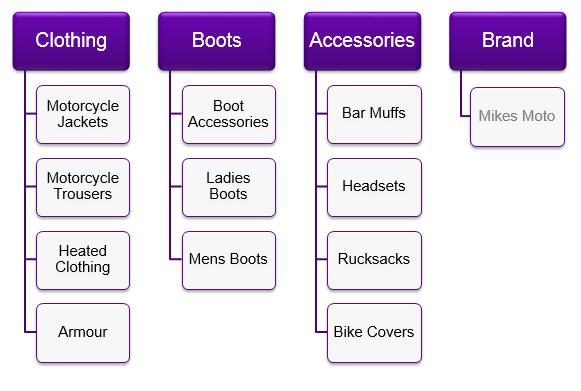 A question I’m often asked is ‘What’s the benefit of adding brand terms to my PPC campaign? – because a) no-one is searching for my company name and b) if they are, then they’ll click on my (free) SEO listing – so aren’t I just paying for clicks I would otherwise get for free?’

Bing Ads have recently released some research on this very topic – and while in the industry we’ve been selling the benefit of brand terms, we have been slightly lacking the data to back up our claims. Bing looked specifically at a few sectors; retail and travel and here’s what they found:

Let’s go back to our example of Mike’s Moto. Let’s say 100 people search for Mike’s Moto in a month; if Mike doesn’t have a paid brand advert then only 60 of them will end up on Mike’s website and 40 of them will end up on his competitor’s sites. When Mike adds a brand campaign, 91 of those 100 people will end up on his website and only 9 of them will go to his competitor’s sites. Now, if Mike is correct and no-one is searching for his company name – just remember, this is pay-per-click advertising and if no-one clicks, you don’t pay; all its cost you is a little bit of time and if you want more people to search for your company name, try using a display campaign to complement your PPC campaign!

Hopefully, you’re sold on the benefits of bidding on brand terms!