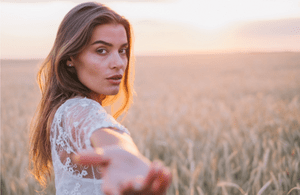 Buying followers is so 2015. For one thing: no one’s believing your new business went from two followers (you and your mum) to 5,000 overnight.

For another, Twitter has had several widely-publicised culls of fake accounts. And if you’re buying followers, that’s what you’re getting.

The solution? Have a Twitter account that’s actually good. Yeah, duh. The OTHER solution is the amplification of your existence with follower campaigns.

You want followers, yes. It’s good for your business image if you have lots of followers. But what you NEED is followers relevant to you. Customers and potential customers would be nice, but also people who’ll engage with you. That’s accounts related to your industry and fans of the type of work you do.

Leaving your targeting completely open to hit as many of Twitter’s 261m users as possible…that’s going to attract junk. A community of junk accounts will need constant topping up and only serve as an embarrassing clash with how many likes and retweets you actually get per tweet.

Aim for slow, high-quality growth. It looks natural, you’ll attract people who’ll stick around and you’ll build a community that engages – which is the entire point.

Where do your perfect potential followers live on Twitter? Find accounts in your industry that you’re envious of – good follower count, lots of engagement – and tell Twitter to target people like their followers. It’s a good cheat but use it wisely. You’ll want to give Twitter your competitors’ accounts to attract potential customers, and things like industry publications to attract people who’ll enjoy and amplify your content.

You can tell Twitter to target accounts that have tweeted certain keywords. Longtail, as with most keywords, is better. You don’t want to target every single mention of ‘thirsty’ if you’re launching a new drinks brand. (For a start, that can mean ‘up for it’ these days. Whoops.)

Your keywords should also change depending on the type of follower you want to attract. Industry nerds will use different language from a potential customer – like ‘cognitive behavioural therapy’ vs. ‘counselling’.

Build an idea of your perfect customer and their interests. If someone’s into cloth nappies, there are some leaps you can make when thinking about their other passions: sustainable living, eco-friendly products and so on.

Twitter offers either automatic bidding (it’ll bid whatever necessary to get you followers…maybe not so desirable) or target bidding. If you select target bidding, Twitter will tell you if you’re in the right ballpark – but take that with a pinch of salt. There’s no point bidding more than you can afford for a follower who may end up leaving anyway.

If you pick what you’re comfortable with paying per follower, your campaign may run slower (not necessarily a bad thing if you want subtle, natural-looking growth) but you won’t overspend. You can always up your target slightly if you’re not getting the momentum you want.

Different kinds of Twitter ads get different levels of engagement and you may find some of your follower campaigns fly and some get no attention at all. So, test and learn.

Twitter advises that you should run a couple of ‘creatives’ (tweets) per campaign so you can optimise to your results. For a follower campaign, you want to give people a reason to follow you – which can be tough.

This is why your targeting matters so much: if people are interested in the subject you’re an expert in, it’s a much easier sell.

Make sure your tweet includes what you talk about, a promise of the content people can expect and a call to action, like “It’s springtime on the farm! Follow this year’s lambing season with daily videos from the barn.”