Home » Knowledge Centre » Should Small Businesses Stay on Twitter?
Get a quote
× 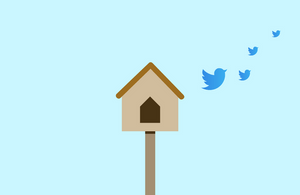 The reason so many brands have dropped any association with Kanye West is, simply, dollars. Whatever the founders, CEOs, shareholders and leadership feel about his views, it comes down to what they think will affect their bottom line.

Now Elon Musk has bought Twitter and started making his mark, he intends to let controversial figures like Kanye West and Donald Trump ‘have free speech’ on the platform. But are the brands that provide the revenue going to stay on Twitter when their ads are potentially sat next to racism, antisemitism and death threats?

Organisations are risk-averse. Controversy-averse. To a fault, sometimes. It seems unlikely that any brand with an awareness of the social pulse will be putting much budget into Twitter if the vibe gets much more icky.

And it’s already pretty icky. Within hours of Musk strutting into Twitter HQ holding a sink and starting to make people redundant, troll accounts were delighting in posting the most vile things they could think of. Empowered by their new leader’s fetish for unfettered discourse.

What changes to Twitter could mean for a small business

A descent into griminess

For small communities, it can be fairly easy to escape the more rabid side of Twitter. However, you have no control over what your post or ad sits next to in someone’s timeline, and it’s just a bad look for any brand if it’s something awful.

The more often that happens, the less productive it could be for you to invest time and money into the platform.

Just in as I write: global marketing firm IPG is telling its clients they should consider temporarily pausing all media on Twitter. Their clients include Amex, Johnson & Johnson and Spotify. I’ve also seen reports of Audi, Coca-Cola, Forbes, Dyson, Nintendo and Unilever halting ad spend.

You may see a portion of your followers disappear – many accounts are reporting overnight losses at the moment. Probably through zero fault of your own, there will be a percentage of your followers that are so-called ‘bot’ accounts, and that’s a particular obsession of Musk’s.

A dip in quality

Another obsession is the belief that Twitter has become engorged, code and people-wise. He’s had his engineers (electric vehicle engineers) in to manually check through print-outs of code and so far most of the executive team have been laid off, including the CFO and CTO, the accessibility team, the human rights team and many engineers.

How does this affect you? Quality. The people who built and love Twitter are losing their jobs, and there will almost certainly be fewer of them to keep the platform working well and minimise hate speech.

Blue ticks for all!

If you’re celebrated enough to already have blue-tick status, that will soon cost you and anyone else who fancies it $20 $8 a month, if Musk gets his way. What caused that sudden drop in his perceived value of the blue tick? A short tweet exchange with Stephen King, in which Musk instantly capitulated to the tune of 60%. How ‘bout that monetisation.

The social value of a blue tick is also surely reduced by making it a pay-to-play situation, as any crypto bro with a tenner in his wallet can quickly get verified. Then what does it even mean?

Some already-verified people won’t have any option but to subscribe, as it’s the only way to keep your head above the copycat accounts being used for fraud. Bigger brand may also eventually have to pay for verification so their content is visible: Musk intends to make blue-tick accounts priority in searches and threads.

We can all do with the reminder that no one is begging us to create content. If you stopped ‘doing’ Twitter, would it affect your sales? Would your brand suffer? If no, this may be a good time to reassess if it’s even worth your time.

If Twitter IS valuable to you – for industry connections, for press opportunities – I would go back to what IPG are saying. Advertising (or even posting, to an extent) on Twitter right now is risky.

And the more accounts take a little quiet time while Musk figures his plan out, the more likely it is that keeping hate speech off Twitter may become a higher priority for him.