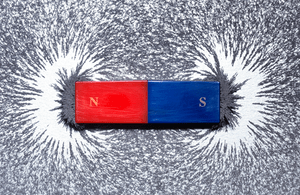 Everyone has opinions, however tepid. And sometimes content that contradicts those opinions can be as compelling as content that plays it safe and attempts to flatter them.

We see this idea at work in the world’s major news publications, most of which employ opinion columnists whose chief aim is to polarise reader opinion. A strongly angled opinion piece can involve an audience so much more strongly than a safer agreeable piece of content; to take a bold viewpoint is to instantly rouse interest in the reader.

There’s no reason why businesses shouldn’t adopt this tactic too. Polarising your audience is a sure-fire way to generate lots of comments and engagement, and you needn’t be disingenuous or over-dramatic with your topic or opinion to generate the desired response.

Here are six reasons polarising your audience with ‘controversial’ content will drive more traffic – and probably boost engagement too.

One word of warning: don’t overdo it. Gratuitously controversial pieces are irritating and potentially offensive. Steer clear of potentially touchy topics such as religion. If you’re not sure how to begin, you could start out with a simple social media post or poll, preferably on a light-hearted subject. For example: ‘Which of these toys from the 1990s was the best: [Pokemon] or [Tamagotchi]’. Make sure you link it back to your brand or business though.

Additionally, don’t fall into the trap of misleading or click baiting your readers. A controversial headline linking to a watered down article will not do your brand any favours, and won’t have the impact that a well-argued polarising opinion piece will. If you’re going to be controversial in your content, commit to it. You might lose a few readers, but you’ll probably create more engaged and valuable followers at the same time.

Five Ways To Channel Customer Emotions Into Sales With Your Content

Blink and it’s gone: What is ephemeral content – and is it good for business?