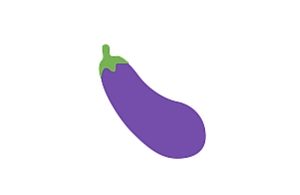 I’m just a bit too old for you to roll your eyes at this automatically. You’ll have to reluctantly bear with me while I make this case. And trust me – I’m playing devil’s advocate.

As a writer (maybe the fourth time I’ve written that this month?), I can’t really fall in love with society’s regression to pictograms. I’m also an Android user, so emojis just aren’t a big part of my day compared to an iOS user.

They may not be part of my day, but they are part of my world. The internet has been overrun by the darned things, and a lot of your target market could be using them. If you don’t believe all the hype, take a look at emojitracker.com – a live view of all the emojis being used on Twitter. It’s terrifying.

The Oxford Dictionaries recently announced that the cry-laughing emoji is their word of the year. If you needed any more evidence that these rudimentary glyphs are taking over the world, there it is.

So…what are you going to do about it?

You know what they are, unless you’ve just come back from working with isolated tribes in the Amazon, but WHY do they exist? It’s hard to explain how emojis have become the next internet language, but I would guess it’s to do with speed. We’ve had major shortenings and slang for as long as the internet has been around – and what’s quicker than a picture?

Emojis have now practically replaced internet slang like LOL and ROFL, so steer clear of those unless you want to look like the grandpa you’re probably feeling right now. That came out wrong. 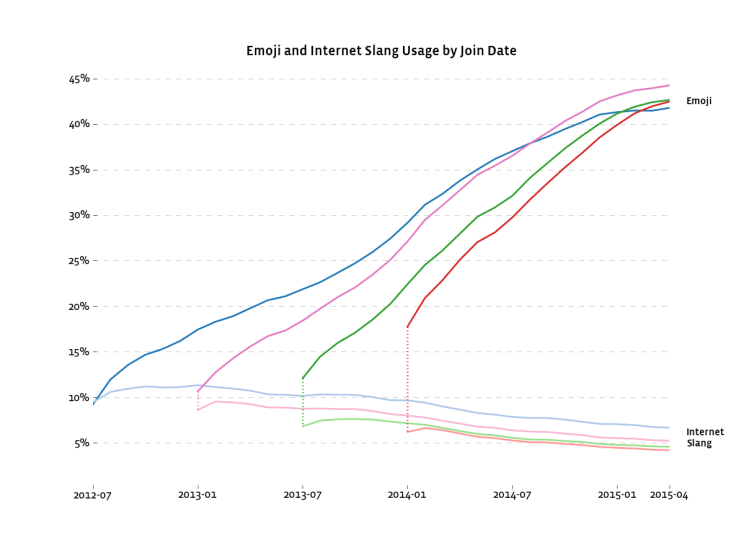 Use them on social media

Social is the most obvious place to put them and the most forgivable if you’re not a naturally ‘hip’ brand. A lot of brands will look like my mum texting – ltsv luv mum – if they try too hard at emojis. It’s a trend like any other, so use sparingly.

A really good use of emojis is to find a few that are relevant to your brand and scatter them into your social output. I would not recommend ending every Facebook post with heart-eye-cat, clapping-hands but using some of the lesser-known, niche emojis could be cute. Check out how Taco Bell campaigned for a taco emoji, and how they’ve been using it since.

You can find ALL the emojis on emojipedia.org – just copy and paste into your tweet or post. FYI: how they look on the site is not how they render for different operating systems.

Just two of the many possible renderings for the aubergine emoji

Fun fact: the aubergine emoji is the only one that can’t be hashtagged on Instagram. Nope, no idea.

Use them in email subject lines

Not loads. You still need some words. Something I’ve recently been delighted by is Highbrow’s use of emojis in their email subject lines.

Every day they email you the next instalment of the course you’re taking and the subject line has the same emoji in it (like a book for the short story course). It’s a kind of marker that lets me know who’s hollering at me – a bit like using a favicon for browser tabs.

I do think using emojis makes you more eye-catching in the endless stream of BLAH that populates most people’s inboxes. It could get your open rate up – give it a try!

Do I have toooo?

No, you don’t. You really don’t. There is a greater risk of you looking like an old silly if you DO use them than if you just keep quiet and wait for the storm to pass. If you want to go for it, start very small. Like, one sun on a nice day. Definitely not ice-lolly, sun-glasses, parasol, palm-tree. You have been warned.

They're not going anywhere, so maybe it's time to dip a toe in the world of marketing with emojis. Click To Tweet