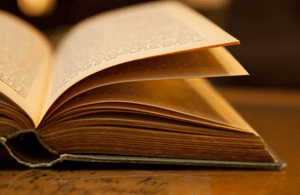 Social media is all about freedom of expression, sharing ideas and debating controversial topics. Is that all ruined if we start trying to establish rules?

If you’re a business, the idea of unbridled freedom and controversy should terrify you.

So, while using social platforms is a vital part of your brand strategy, having a social media rule book is an absolute must.

Some industries (like financial services, where I cut my teeth) have serious codes of conduct or compliance processes that they MUST follow in all their promotions. When your regulator says you can’t do something on social media, you just don’t want to mess with that.

Advertising in general is regulated by the Advertising Standards Agency. They split this into broadcasting (TV and radio) and non-broadcasting, which would be things like your website, direct sales and print. Social media is therefore in the second code of conduct.

The ASA’s guidelines are fairy straight-forward. The gist is that you must be “legal, decent, honest and truthful” in your advertising. While some businesses struggle with this concept (and certainly with the suggestion that no advertising should bring the industry into disrepute), I’m sure yours isn’t one of them.

Check the ASA guidelines and make sure you read any guidelines available for your own industry, which will inform you of any regulations around competitions, qualification of claims and so on.

Social media feels like rules don’t apply so much (flagrant disregard for copyright in every meme ever?) but trust me, you do not want to be breaking industry regulations in front of millions of people.

For nearly any business, big or small, swearing is going to be out. But what constitutes swearing? Do we ban all potentially offensive words, do we allow tamer versions – or introduce grawlixes? They’re the ones that look like this: f&*k.

Everyone has a different idea of what’s offensive and what isn’t. In a world that’s getting less and less uptight, it would be easy for someone to slip up on social media. So, as a business, this is one area in which you MUST be explicit.

Make a list from bum to as-rude-as-it-gets and make sure you know which, if any, are OK. Depending on whether you’re an indie record shop or a financial advisor, some lists of ‘OK’ swears will be shorter than others…

You’ve got the swear words out of the way – what about other words that could be just as damaging to your brand? Internal terms you’d never want a customer to see or words your competitors seem to love, that you don’t want to be associated with.

The last business I worked for was a telematics car insurer. With most people feeling pretty sensitive about their personal data these days, referring to the black box as ‘tracking’ them was absolutely out. In my tenure there I also banned ‘customer’ in favour of ‘driver’, which I reckoned gave people a feeling of community over commodity.

I’ve said it before and I’ll say it again: anything you say on social media needs to be crafted as though it will be screenshot and forwarded to 20 million people. Because it can be. You have to be at your best in every post, tweet, comment and private message.

For any business, keeping a record of significant communications is important. In regulated industries, it may very well be the law – and that means if it’s not in a documented social media rule book, you could get in serious trouble.

If you need your social media team to be tracking complaints, for example, write a process. What constitutes a complaint, how it should be escalated, how it can be considered resolved and where to store the details.

Customer service will also need a process for handling customers in good time and resolving their issues, especially if this relies on departments outside of the social media team.

Social media has to be human and believable and likeable – but that isn’t much of an excuse in small claims court. When in doubt, write down processes. It could cover your a$$ if it came to it.