“A beginning is the time for taking the most delicate care that the balances are correct” – Dune, Frank Herbert 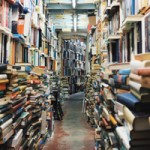 Some of the greatest writing in all of literature is devoted to opening lines, to beginnings. Why? Because beginnings matter. Imagine you’re in a book shop browsing through the titles trying to find something to read. Consider how many books you don’t buy. Why don’t you buy them. Something about the cover or the title or the genre puts you off. Now consider how many make it through that test , how many you pick up and open, how many first lines you read. Out of the books where you read the first line how many don’t you buy? How many thousands of readers does an author lose due to the first line of their book?

“In a hole in the ground there lived a Hobbit” – The Hobbit, J.R.R. Tolkien

Then consider that a beginning sets a tone, creates a feel, a mood that will influence everything that follows. Even if the start of the story contrasts sharply with everything that follows the impact is still there. Beginnings shape the readers attitude to what comes after, it is the lens through which the rest of the story is viewed. This is a crucial point for those making a marketing video.

“I did two things on my seventy fifth birthday. I visited my wife’s grave. Then I joined the army” – Old Man’s War, John Scalzi

Now consider that your video production has the time it takes a Facebook user to scroll down a full screen’s worth of their news feed, five to ten seconds if you’re lucky, to grab their attention, to interest, intrigue, entice, seduce and that it has to do these things in silence. You only get the luxury of sound if you manage to persuade the user to click on your video. Like I said, beginnings matter.

“The story so far: In the beginning the universe was created. This has made a lot of people very angry and has been widely regarded as a bad move” – The Restaurant At The End Of The Universe, Douglas Adams 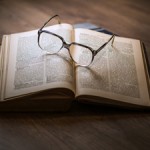 So how do we capture our viewers in those five seconds of scroll-past? I’m going to suggest some things to consider and some things to do and I’ll be as specific as I can but a lot of this is going to come down to the business sector in which you operate, your customers and the image you want your business to project.

“It was a bright cold day in April and all the clocks were striking thirteen” – 1984, George Orwell

Do you know what a meme is? For a better understanding you can look it up here but the basic concept is that there are some ideas that spread from person to person, developing and mutating and staying alive rather like a virus or a gene. Just as genes alter in the sharing and combining, memes also alter and adapt as they are passed from person to person. Memes are powerful ideas. Our aim is to construct an opening to our video that acts like a memetic bomb. An idea explosion that stops our viewer in their tracks and makes them click on the video link.

“The sun rose slowly, as if it wasn’t sure it was worth the effort” – The Light Fantastic, Terry Pratchett

I’ve said it before and I’m going to say it again. Know your customers. Only by knowing what your customers want, how they think, how they live, how they feel can you hope to be able to produce something that will stop them dead. You already know your own business so knowing your customers is the key. If you are unsure, or just don’t know them at all, then do some research.

“All children, except one, grow up” – Peter Pan, J.M. Barrie

“It is a truth universally acknowledged that a single man in possession of a good fortune, must be in want of a wife” – Pride and Prejudice,  Jane Austin 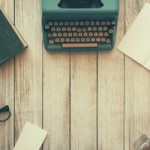 Now we are going to tell a story that will sell our goods and services and we are going to start in a way that will drag casual viewers who fit our customer profile into our video. There are two options here. We either start with an opening that will attract them but which is unrelated to what we do or we create a related opening that fits our whole story but that still grabs the people we want. With the first option we are deliberately tricking our viewers and they may not like that. I would avoid this choice, but if you do it with enough humour and with your tongue firmly and brazenly in your cheek then you may be able to make it work. Me, I’d stick with something less tricksy.

“The morris dance is common to all inhabited planets in the multiverse.” – Reaper Man, Terry Pratchett.

A video starts with a car blowing up (from a stock footage library) the car blows up again and again rapidly in jump cuts. The screen suddenly goes black with white text “Need a garage?” I would use Facebook or Google targeting to aim this at young people who have been looking for cars on eBay.

A video starts with an excerpt from a viral video with fluffy cats (footage rights bought from the originator) then cuts to a vet in surgery, we do not see the animal or the operation. We cut back to the fluffy cats. Text appears “You love your pets. So who do you turn to when they’re not well.”

A beginning sets a tone, creates a feel, a mood for a marketing video that will influence everything that follows Click To Tweet

A video starts with an exterior shot of a beautiful house then cuts to people inside sitting on bales of hay. “Need furniture?” says the text. I target first time buyers.

A video starts with whatever will shock, entice or seduce your customers. Then it uses text because there is no sound yet. Then you hope that you’ve done your research correctly and that the people you’re looking for click the link. Obviously this is just one way of using the autoplay feature on Facebook and there are many others. Whatever you do I’d love to see it so please share your links in the comments section and let me know what results you achieved.