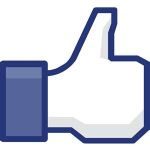 My English teacher once said to the class, “Don’t use the word “nice”, there are a hundred better words to choose from the English language”.  The same could be said of the word “Like”.   It seems that Facebook must have caught up with my old teacher and is about to introduce more “granularity” to “better surface personal content*”  by offering a choice of actions a Facebook user can take when reviewing content in their Newsfeed.  But what does this mean for business users of Facebook?  Well potentially, it changes everything!  Very soon you can expect to see Facebook users able to click a button to confirm and share that they have:

And for example, if you use an App from say a national newspaper to read an article and click the button, “READ”, Facebook will (depending on your privacy settings) automatically post your action, with a link,  to your friends (or potentially to your business fans).  In fact, some 3rd party “READ” apps may be designed to post automatically to your Wall, without even clicking “READ”.  That is,  just by having read an article your friends will see a post confirming you have read that particular article.

You can see why Facebook originally choose the word “Like”.  It is a simple concept that quickly caught on. But almost from launch,  Facebook users have been asking for the ability to confirm and share other thoughts in a single click.  One that made me laugh was the ability to “MEH” something that is mediocre or boring   Surely indifference describes the disposition of 90% the human race to 90% of the possible outside influence in their lives?  Don’t believe me?  Ask any product advertiser or charity fund raiser!  So why no “MEH”? . I guess because there is no advertising advantage to be gained.

However, the renowned Film Critic, Pierre Rissient, said: “It is not enough to like a film- you have to like it for the right reasons”.   And Roger Ebert said of Pierre:

“I think he’s saying you must know why you like a film, and be able to explain why, so that others can learn from an opinion not their own. It is not important to be “right” or “wrong.” It is important to know why you hold an opinion, understand how it emerged from the universe of all your opinions, and help others to form their own opinions.  There is no correct answer.  There is simply the correct process”.

When you think about it, this should be the basis of all social commerce. But I am afraid most individuals will be content to just click a “Like” button without real thought. Maybe that is why we need professional critics!

Some companies have already written Business Fan Page Apps that allow individuals to do more than simply “Like” at the click of a button. The obvious button missing from Facebook is “Do Not Like” or Dislike”.  But this is far too controversial for Facebook who, (perhaps because of their roots as a personal sharing network), seem to be concerned that individuals (or companies and corporations) might abuse the system and mount a “Dislike” campaign to discredit a competitor’s product. (There is also the personal attack and cyber bullying angle, but that is not the subject matter of this post).

I can’t see why Facebook  would be so concerned about misleading reviews for business use.  After all Google has for over a year been inviting users to rate Places on Google Maps as indeed has Yell.com with their review an establishment system called “Trusted Places”.   In theory, the “wisdom of the masses” should apply in that if a person (or group) deliberately and systematically provides poor reviews of an otherwise excellent establishment, many other people should provide a true reflection in their reviews and actually discredit the original misleading reviews. Of course, where this falls down somewhat is when the misleading reviewer is unknown or worse, deliberately anonymous.

But in a way, this is where Facebook should score, because, on the whole, individuals should know who is making the review.  And therefore – whether to trust them or not.  What’s that you say?  You have “Friends” on Facebook who you do not know or trust?  Don’t worry, Facebook is attending to that by adding improved Timeline features that allow individuals to better group and allow posts from their “Friends” into trusted circles – or not.  Failing that, why not switch to Google+ Circles, a Social Network that is currently, just better at this stuff?   Then again, even personal social recommendation falls down if your circle of trusted friends is not wide and deep enough to have provided a review of establishments you wish to purchase from.  Another reason perhaps why we still need professional critics?

So why does READ, WATCHED, LISTENED, WANT change everything for Facebook?

Look again at the list and this time, add the main provider to consumers in that field:

Now can you see why it changes everything for Facebook?   Facebook is for the first time taking on some formidable suppliers. The introduction of a “WANT BUTTON” in particular, will signal a new revenue opportunity for Facebook.  Facebook could shift from creating revenues only through Advertising to creating revenue directly from the sale of products and services.  Whether Facebook offer items for sale themselves, or takes “lead commission” from each of the current major suppliers, or more likely – simply charge advertisers more for this social data rich with meaning, remains to be seen.

*Why can’t they speak in plain English!