Have you noticed the changes on your Facebook newsfeed? I’m talking about the way videos play back. The changes are recent and have instantly become controversial. I want to take a quick look today, at what the changes are; what are mid-roll adverts and what’s going on with the sound? Then we can examine why they may be viewed as controversial, and what the ongoing impact may be. 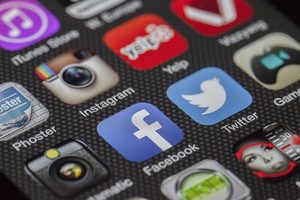 The most obvious change you will notice is to the sound. Previously videos had to be selected to play with sound, otherwise they would play silently. The change is that now if you touch a video display the sound will start and that instruction to play sound will hold for all videos that you scroll past. You may recall that previously I have advised against any video that autoplays sound because of the annoyance factor. So what we have to ask is whether this is helpful or not. I’ll get to that shortly. But first let’s look at the other big change.

Facebook has introduced mid-roll adverts into videos. What are mid-roll adverts? They are video adverts that interrupt the video you are watching. Facebook’s mid-roll videos are 15 seconds long. You may think that this seems just like good old fashioned TV advertising and not think that there is a problem. But many people do think there is a problem and I’ll explain why next. What I do know is that it’s quite a strange experience to be watching an advert and have it interrupted by another advert.

Why Are These Changes Controversial?

The problem with the autoplay of sound is that it is annoying. The positive is that you may be able to get away without captioning your videos now. However that simply ignores all of your hearing impaired viewers so it’s best to still caption them. Which brings me back to what possible benefit is there to autoplay of video audio? I’ll be honest I don’t think there is an advantage. I don’t know why Facebook have done this. I imagine that it is designed to benefit their large paying advertisers who want the sound from their videos to play when they interrupt the video you are watching. Which leads us onto the problem with mid-roll adverts. 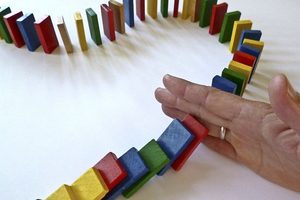 The problem is simply this. People turn off the video they are watching when the advert starts. That’s a problem because there are already unofficial reports coming out of Facebook that video viewing figures have nosedived since the change. What happens is this. You start watching a video. You are interested so you pop it out or click the sound icon. Then just as you are getting into what you are watching a little warning pops up to tell you and advert is about to start. Then it starts. The advert lasts 15 seconds. But you don’t stop to watch, because you were interested in the main video but not interested enough to watch through the advert. Now videos have to be really dazzlingly compelling to make us watch through the mid-roll and wait for them to come back.

What Does This Mean?

I think there are four main outcomes from these changes. We always knew that the deal with Facebook was that we got a great social network, that was free to use, and in return they sold us to advertisers. That was fine. These latest changes may be problematic for the company however, as they very definitely place our user experience on a level of importance below high spending advertisers. Trust has been damaged. How badly remains to be seen.