I’m writing a series of three blogs about ultra short form marketing videos. The kind that can be posted on Instagram and Vine. This is the second in the series and today I’ll be discussing the usefulness of Vine video for the video marketer. 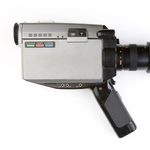 Vine is a social media platform that allows users to post videos that are six seconds long. The videos can have sound but play silently by default. The videos loop automatically, so they play over and over again. Each play through the video is called a Loop. The videos do not autoplay in the Facebook newsfeed. A user must click the link to view the video unlike an Instagram video which will autoplay. However a Vine video will autoplay in a user’s Twitter feed while Instagram video will not. Vine deals solely in video content.

Like Instagram 57% of users are women. The largest age group among users is the eighteen to twenty range, making the platform very young in its outlook. The period of peak activity is over the weekend. Vine claimed to have forty million registered users in 2013 but by August of 2015 had two hundred million monthly active users. This is astonishing growth and we would do well to remember that Vines are also accessed across multiple platforms. The company announced that it had reached one and a half billion loops per day as of early 2015.

Can Vine be useful for marketers? It can be if you do it right - find out how. Click To Tweet 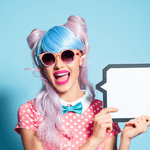 Of American thirteen to seventeen years olds twenty three percent have posted a video to Vine from their mobile device (DMR Stats). That’s an astonishing number and it may well have increased since the publication of this report two years ago. Other findings include an increase in usage amongst older teenagers of 639% between quarter one and quarter three of 2013. Five Vines are tweeted every second. By 2014, 4% of UK mobile internet users used Vine, but this number was 10% in the USA. As of September 2015, 71% of users were millenials.

In summary Vine is an overwhelmingly youth orientated platform that has seen incredible growth. For any business seeking to engage with young customers and form lifelong associations to their brand it is vital.

Why Your Business Should Use Vine

Of the top brands on Twitter, ten percent are also active Vine users. Honda created a joint Twitter and Vine based marketing campaign in the summer of 2013. Their average increase in Twitter followers had been 242 per day over the previous six months, but the first day of the campaign gained them 1020, a four fold growth in the pace of increase. The pattern is not uniform across all businesses and as always the quality of video production and more importantly the concept plays a major role in the effectiveness of campaigns. What is very important to note is the interaction gained by branded Vines compared to branded videos on other platforms. Bare in mind that video as a medium garners much more engagement than any other. Now let me tell you that branded Vines get 400% more shares than other forms of branded video. 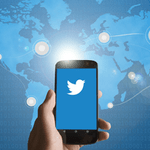 The fact that Twitter owns Vine and that Vines autoplay in a users twitter feed means that there is a synergy (horrible business word alert) that allows for the rapid and easy sharing of Vines. In fact one in five tweets contains a Vine link. But this is all good news when it comes to our consideration of Vine as a marketing platform. What we want is method where we can spread brand awareness and encourage others to spread it for us in as easy a way as possible. You’ll notice that I didn’t say spread our message. The limitation of the six second video is the major headache when it comes to considering what we can make in terms of a video and how we can impact potential customers. Certain simple messages can be passed to viewers but simple is the key word. Remember in six seconds there isn’t even time to tell people where your business is or what the details of your special offer are. What you are trying to accomplish is to raise awareness and channel viewers to another platform where more information can be passed. What this means is that the planning of your Vine must be done with the utmost care. It also means that your short form videos should also be used within a larger marketing strategy. When you succeed in driving customers to your Facebook or website there has to be something for them that will turn them from viewers into customers.

Next time I’m going to talk about what you can do with those precious six seconds to raise the prestige of your business, or to raise awareness of your brand, or to drive viewers to other platforms.