The Virtual Reality Revolution Is Here

I’ve written a few times now about how businesses can use Virtual Reality as a marketing platform. But whilst I (and many other people) were thinking about how Virtual Reality might work, it arrived in a completely different form. Not only did it arrive, but it spread like wildfire. There are millions of users and already rival providers are starting to set up. I have been thinking about what the future would be like, but it’s already here, and it’s a revolution. I’m talking about Pokemon Go.

“Wooaaahh there”, you say, “Hang on just a second – Pokemon Go is just a game that kids and mad hipsters play. Why would I care about that?” Please allow me to explain.

More Than Just A Game

For those that don’t know, Pokemon Go is a game played on mobile devices. The aim in the first instance is to collect Pocket Monsters (Pokemon). The game links to detailed maps of the real world and the Pokemon are located on those maps. To catch them you have to go to the locations where the Pokemon are and flick a Pokeball across your screen to capture them. When a player views a Pokemon through their mobile device, the creature appears against the real world location on the screen. 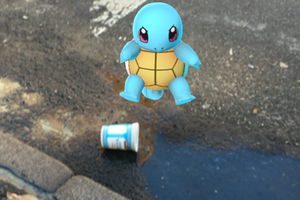 Players can also obtain Pokemon eggs which they can hatch by walking with their mobiles. Driving around doesn’t work, players have to walk. There are also places called Pokestops where players obtain items needed in the game to help grow their Pokemon collection. These are usually located at places in the real world where people gather. They can be churches or shopping centres or recreation grounds or post offices. Finally there are Pokegyms where players can meet in real life then use their Pokemon, via their mobiles, to fight.

What this means is that there are millions of people wandering around playing this game every day. They aren’t sitting at home fixed to a console. They are out and about. They are hungry and thirsty. They are working and shopping. They are your customers. If you own a hospitality or retail business this is the bit where you should sit up and take notice.

There is one simple inbuilt part of the game which guarantees that Pokemon Go will not just fade into obscurity. It’s not the collecting with the effort and reward strategies which so many mobile games use. Although it does have those. It’s not the ready made fan base that existed for Pokemon. It’s not even the cross generational appeal of the game. It’s the leveling system. 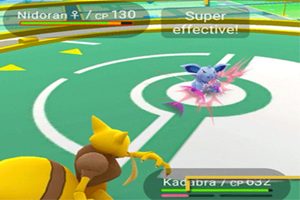 Players level up according to experience points gained, but they can’t fight at a Pokegym until they are level five. This means that the initial flush of excitement of playing a new game won’t fade after a few weeks because that is just when most players will gain access to the main action of the game. Suddenly players can experience the social interaction of live competition now linked to the game’s experience and reward system. At the point where most fad games die off Pokemon Go is only just starting.

What Are The Business Possibilities?

Pokemon Go is a Virtual Reality experience that encourages players to get out into the real world and get some exercise. It is a boon for any business that benefits from passing trade. I recently walked home past a park at night and was surprised by just how many people were out and about. I shouldn’t have been. The park had a Pokestop and several places where Pokemon spawn. The small crowds wandering around were all players. So my first suggestion is for cafes and convenience stores and food outlets. Watch for the times when Pokemon Go players are out in your area and put a sign up saying they are welcome in your premises. That may sound like nonsense but try it and see how many extra customers you attract. 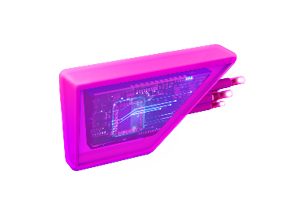 My second suggestion is to become a player yourself and set Pokemon lures in your shop. Pokemon lures are in-game devices which attract Pokemon to a real world location. Once the Pokemon spawn any player can catch them. Here’s an article on how to use lures. The spawning of Pokemon on your premises will attract players. Players who are now browsing around your shop, or feel the need to buy a coffee so that they can sit in your cafe and catch more Pokemon.

Finally here is an article on how to request that your place of business is made a Pokestop or a Pokegym. This is the holy grail of using Pokemon Go to attract new customers. These are the places players must visit in order to progress through the game.

I didn’t see Pokemon Go coming so I won’t try and tell you I know the future. What I do know is that there has been talk of a potential Harry Potter Go version, and Harry Potter is a much more popular phenomenon than Pokemon ever was. What I also know is that games studios, like every other form of business, are always eager to follow a success. The positive associations with playing games on the go and the exercise and social interaction that follows make these games a good news story for all involved.  So the future will include more games like Pokemon Go. There will be more Virtual Reality Experiences, and there will be more opportunities for businesses to take advantage of them.