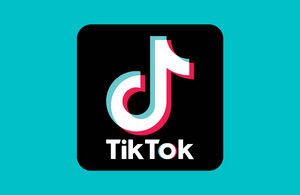 Long-gone is the chronological feed of your connections’ posts.

Meta, not satisfied with turning Instagram into a TikTok copycat, is now doing a major overhaul of Facebook in the same vein.

Your ‘Home’ view will now focus on algorithm content – the stuff Facebook hopes will keep you scrolling and scrolling for hours, à la TikTok.

What’s in the Home tab:

A second tab for ‘Feeds’ will show you updates from the friends and groups you actually choose to follow. This at least gives you one feed without recommended posts from who-knows-where.

What’s in the Feeds tab:

For those of us who’ve chosen not to jump on TikTok for our businesses, the Facebook reshuffle is just one more frustrating step away from what we established ourselves on these platforms for.

Instagram (also owned by Meta, let us not forget) users are sick and tired of having to create video content – particularly Reels – just to maintain their engagement. They’re running a business! When do we have time to be crafting slick transitions like the cool kids on TikTok? And for what?!

Instagram has been in the news this week because Kylie Jenner, queen of Instagram, has complained that it’s becoming too much like TikTok. When someone with eleventy billion followers says that, you have to sit up and take notice. And they have: Instagram say they have ‘plans to improve’ (??????).

As I was writing this, the news came through that Instagram’s trial run of the new TikTok-inspired layout is going to be phased back out. Golly!

That’s good news but the thing is – small business owners have been saying this stuff for years and Instagram didn’t listen until Kylie Jenner said something. One user with millions of followers over millions of users.

However, even a Kardashian can’t hold back the TikTok tide. Facebook and Instagram are businesses, not communities. They see it as adapt or die.

Facebook’s user base is an ageing population. Facebook’s most faithful users want what they’ve always wanted: to keep up with their friends and families, post inspirational quotes and see funny cat videos. There’s a limit to how much ad revenue the platform can generate as its demographic range dwindles.

Instagram will probably head in the same direction: it’s all millennials like me, who don’t want change and innovation. We just want our pictures.

How the world uses social has changed, that’s the long and short of it. Ofcom’s annual report on news consumption in the UK found that approximately 7% of adults in the UK are turning to TikTok for news today, up from just 1% in 2020.

Facebook is such a sprawling property – Groups, Messages, Stories, Pages, Memories, Marketplace, and on and on – that it’s difficult for Meta to shove in TikTok-influenced changes without fundamentally changing what it’s for. It doesn’t feel innovative; it feels desperate.

When you create a business around staunch loyalty and engrained community, forcing innovation on your users will be met with resentment. If you can’t innovate, your investors and ad customers will drop off and find the sexy new thing.