Have you ever started watching a video on your newsfeed then scrolled away before it finished?

This is the reality for many social media users; short on time and patience, and with attention spans crippled from years of Internet overload, we simply don’t have the time nor the inclination to stick with a video that isn’t either completely mesmerising or two seconds long. 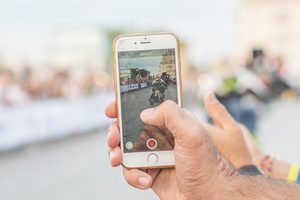 As a business, if you’re putting videos on social media and not seeing an overwhelming level of engagement, the likelihood is that your video is one of two things: too long, or too dull (or both).

This may sound harsh, but don’t forget that the majority of people watching your video are shaped and stunted by the fast-paced world they live in. They flick and browse through hundreds of websites a day, absorbing short bursts of information. They seek fast intense content to suit their browsing habits.

So how can you model your video content to make sure it delivers this appealing shot of information about your business? It could be time to try a new video format.

Here are ten alternative video types to try for social media. The good news is that none of them requires a fancy camera nor expensive editing software. Have a read then try them out!

And if you really want to impress your followers, why not combine two or more of the above formats? Check out this Boomerang/Timelapse video.

Did I miss any alternative video formats that you like to use? Let me know in the comments.