This week I want to talk about the retro content of our retro style videos. Good retro content can capture an audience so it’s worth spending time to get this right. I’m going to look at colour & film grains, editing and transitions, and language and art styles. These are all aspects of film making with which your chosen film producer will be familiar. My intention here is to help you with a little bit of knowledge before you begin your planning discussions.

Film started out as a celluloid strip coated with a chemical emulsion. That emulsion is sensitive to light and changes in reaction to the light shining on it. This is how images are created. Over the years the chemical make up of the emulsion has changed. This means that the fine crystalline structure that gives film its grain has also changed. The way films look changed accordingly. This means that it’s not just as simple as saying a retro style video is either black &  white or colour. The question is which colour style?

Films of the nineteen fifties are famous for rich primary colours that look almost as if they are painted. While films of the nineteen seventies have a gloss and a depth of colour that allows rich earth tones to be easily differentiated. The change in looks is down to the advancement of film chemistry. This ties certain looks to certain decades and allows us to emulate those looks to create our retro videos.

Similarly television has had changes brought about by technological innovation. In the nineteen seventies almost all television in the UK was shot on video when in a studio. When a sitcom like “Some Mothers Do Have ‘Em” used exterior shots the change from video to film was clearly evident.

Today, most television is shot on digital video that is of such a high quality that it is almost indistinguishable from film. When you are planning your video with your producer it will be worth spending a few moment to decide what look you want for your retro video.

As technology has changed over the decades new editing techniques have become available. Inevitably editors have jumped on new techniques and exploited them. That means, however, that as techniques become over-used they fall out of fashion. That leaves us with a swathe of edits and transitions that are associated with specific decades. We can exploit this. George Lucas wanted to recreate the feeling of 1930s cinema serials like Flash Gordan when he made Star Wars. One of the techniques he used was to reproduce old fashioned wipes in his editing.

Because old movie serials had been used to fill kid’s television schedules, everyone, even children, was familiar with those transitions. That meant that viewers drew a connection. For adults there was a childhood nostalgia. For children there was a familiarity mixed with a wonder at the incredible things being shown on film.

There is no point creating brilliant retro content if the language used by our actors is bang up to date. If we are being serious it destroys the illusion. If we are trying to be funny it is a missed opportunity. Half the fun of recreating a bygone era for humour is in poking fun at attitudes and manners. Take a look at this newsreel article from the nineteen thirties.

Predictions of the future are ripe for ridicule and are a great starting point for a marketing video. The more important thing to note, however, is the vocabulary and pronunciation of the commentator which is very distinctive. His speech dates the clip and emulating, or ridiculing, his style of speech could be the key to creating a retro video that grabs the viewers attention.

Nowhere is the ebb and flow of fashion more keenly felt than in the art world. Even the most avant garde of work influences popular culture. We cannot think of the nineteen sixties without Andy Warhol’s soup cans or the nineteen twenties without art deco. Baz Luhrmann conjured the past with artwork and set design despite filling the film with modern music. 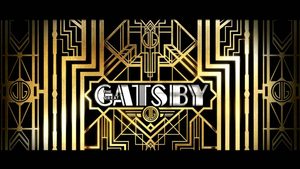 The fallout video games use a pastiche of nineteen fifties art to create a future based upon a past that never existed. Using the artwork grounds the story and makes the future depicted more immersive because the background is so rich and rounded.

As always the film maker you hire to create your marketing video is your friend. They will be able to talk you through what can be achieved with your budget and timescale. They will also be able to talk through the effectiveness of using retro content for your desired audience. After all that is the most important thing, and that is what we will be talking about in my next blog. Using retro styled marketing videos effectively.