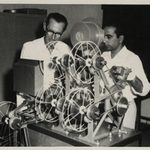 When you want to impress a client do you put on the suit that was your best twenty years ago for the meeting? Do you go and get your fathers old suit and wear that? Do you get your Gran’s twin set out of the wardrobe? Do you wear something so trendy that it is the height of fashion but will be out of style in 18 months? You probably don’t do any of these things, so why would you edit your marketing video like this? What you may not realise is that video and film editing has fashions and those fashions change.

What on earth am I talking about? Well, Star Wars has a very specific editing style, and here’s why. When George Lucas was writing Star Wars he was trying to recreate the feel of the old fashioned movie serials that used to be shown in cinemas. These serials always had a cliffhanger to make you want to return and watch next week, and this meant that each episode always started in the middle of the action, with perhaps a text based reminder of what was happening in the story. Does this sound familiar? More than the structure of the opening, Star Wars borrows more stylistic elements from movie serials. George Lucas was harking back to serials that were originally made for cinema in the nineteen thirties and then shown on television in the fifties. In the thirties new editing techniques became available for film editors. As well as the straight cut and the fade, wipes and dissolves and iris effects became available and editors went to town using them. Just watch the opening of this, the first episode of Flash Gordon, and watch the transition at two minutes and thirty seconds.

These kinds of wipes, and what you may want to think of as effects transitions, were totally unused in the seventies but Lucas brought them back specifically to conjure the feeling of these serials. They were unused because they felt old fashioned and would give anything in which they were used a dated feel. Lucas specifically wanted that dated feel and worked to make the edit give that to the film but in video marketing it is not something we want unless we are trying to evoke some particular feeling.

I mention all of this to show that as technology changes and new techniques become available there is inevitably a rush to use the new techniques and they very soon become a cliché. Something I dislike at the moment is the over-use of “dips to black” in film trailers. It started with the trailer for Prometheus which was brilliant. Then every trailer editor jumped on the band wagon and they have become ubiquitous and so lost their value.

What starts out as a fresh approach becomes hackneyed and needs to be replaced. Did you watch television in the nineteen eighties and see the beginning of computer transitions? A transition where one shot would distort into the shape of a goblet and roll around the screen and fall away (I’m looking in your direction “Home Improvement”). You very rarely see that kind of thing now…

How To Keep Your Edit Timeless

People blink. Early editors discovered that cutting film to jump from one location or one shot to another didn’t disrupt the viewing experience, as many thought it would. People are used to this disjointed view of the world. Turn your head to look from one thing to another and blink while you are turning. There is no sense of disorientation because your brain makes sense of the movement and the change of focus. Your brain’s analytical skills will also make sense of cuts in film in the same way. Clean cutting does not date but it can be played with to make your video sparkle. Here are three examples you can think about:

I hope you find these techniques useful and I hope you remember that while I have gone for complexity in the cut with this video it is for a specific purpose of underlining the story and emphasising the music. A truly timeless edit for your marketing video is like going to a meeting in a perfectly tailored classic suit. It isn’t too fashionable, it isn’t too vintage, it is the projection of an image of timeless class that carries confidence and style with it.