I make all kinds of videos and films for clients. I have mostly made educational and corporate films in the last two years but there is still a proportion of my work which is taken up with producing marketing videos. When I first started out as a freelance film maker for hire, almost all of my work was producing marketing videos, and back in those days there was one overriding reason why clients wanted a video production, and it wasn’t to attract new customers.

Don’t get me wrong the videos were mostly targeted at potential customers but the clients just didn’t believe that the videos would work in that way. So why were they paying for productions? They bought a video production because they felt that they brought their companies prestige. They felt that they would stand out from their competitors and from their business friends because their company could afford a glossy video promo. Was this vanity at work? Was it pointless spending just so they could boast about their video at the next business network or the chamber of commerce? I don’t think so.

Why do people start businesses? Why did you start yours? I started mine because I wanted to control my destiny and because I wanted to build a good lifestyle for myself, from own efforts, without having the earnings from my creativity sapped to support a management class in some big company somewhere. I’m a bit bolshy that way. Everybody who starts a business has their own reasons but those themes of control and keeping what you earn are themes I hear again and again (perhaps I’m not nearly as unique as I like to think I am).

There is a third very common theme in the thinking of entrepreneurs, however, and that is the theme of prestige. It’s the “I made this” attitude. It’s the idea of being the self-made person and that there should be some recognition for this. That’s where prestige purchasing comes in. BUT this is NOT an exercise in empty vanity. Showing off the success of your business can be an extremely profitable business strategy.

There is no doubt that a significant percentage of people want to buy from companies that they perceive to be successful. Why? Perhaps it’s the idea that a successful company must have a host of satisfied customers (how else would they become successful?) but we all know that isn’t necessarily so (I’m looking in your direction ******** deleted name of big mobile telecoms company). Another possible explanation lies in the psychology surrounding the idea of brand loyalty. Brand loyalty occurs for several reasons but one of the most bizarre is the idea that a particular brand is a signifier of a customer’s personality. That a brand is part of their tribal identity. When you think about it, it is bizarre that we identify with what we buy but Apple have built a behemoth of a company upon that very notion and you cannot argue with that kind of success. So the question is, why do their customers feel that the latest iPhone marks them out as something special when there are so many others that own the same product and when there are arguably better phones available from competitors? I’m not going to delve into the deep psychology surrounding this phenomenon but I will point to the prestige image and the tribal feeling of Apple’s extremely loyal customers as proof that a prestige based marketing strategy can work and work HUGE.

Showing off the success of your business can be an extremely profitable business strategy. Click To Tweet 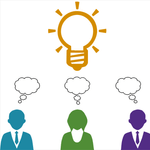 You can use your video marketing to build the prestige of your business. This doesn’t have to be the exclusive purpose of any one video production but it needs to be considered and allowed to influence the planing stages of your video production. I’m going to give you three brief ideas on using video to build prestige.

So this isn’t about building a prestige brand, that’s another thing all together, this is about gaining kudos, building reputation, developing a tribal affiliation among customers and making your business seem like the only option for “people in the know”.