Home » Knowledge Centre » Authenticity Vs. Appropriation in Marketing
Get a quote
× 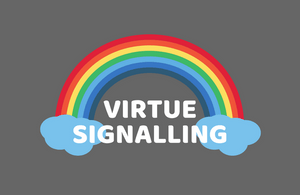 Your customers know authenticity. And they know when you’re faking it.

Don’t appropriate what’s not yours

Over the last couple of months, millions of people voiced their opinion about Scarlett Johansson playing a trans character. She quit the film. This week, it’s Jack Whitehall – cast as a gay man when he is, in fact, straight.

During Pride month, every other brand you saw on Twitter was trying to link themselves with the rainbow flag. Sure, it seems like a nice thing to do. But if your business is not actively doing something to help the LGBTQ+ community, it’s kind of performative. It’s virtue-signalling. It’s fake.

At the end of the day, marketing exists to persuade people to buy stuff they don’t always need. So yeah, it’s all fake to an extent.

But we don’t have the luxury of being satisfied with that riposte. When we use causes in our marketing, we risk alienating a large group of people for whom this isn’t marketing – it’s life. Scarily, we risk going viral for the worst reasons.

Why you should care about appropriation

Some might brush this off as people being too sensitive but there are several, more concrete, reasons not to appropriate:

Putting brands to the test: authentic vs. appropriation

Last year, The British Army ran a Pride campaign. As part of its existing campaign, ‘This is belonging’, the army changed its traditional khaki camo to rainbow colours.

Now, at first glance, that could seem suspect. How does the army, of all organisations, have the right to use Pride in its marketing?!

But that’s just the point: when we remember the military’s poor history with LGBTQ+ people, it’s quite brilliant.

Where people LGBTQ+ people in the army used to have to hide their sexuality to get by (like wearing camo to blend in – hence changing the army’s colours), this was a celebration of being able to stand out and a recognition of past mistakes. In a way, it was a surrender of pride on the army’s part, which is fitting.

Helps keep those recruitment numbers up, too.

Costa’s Pride effort this year involved…rainbow cups? Moving swiftly past the glaring metaphor of throw-away virtue signalling, what the heck?

Steve Taylor, the UK Pride Network’s co-founder, asked Costa what they were doing along with that stunt and the brand claimed it would use the proceeds from Pride-flavoured cups of coffee for its parent company’s “internal LGBTQ network,” GLOW. What that means, we don’t know, but that’s not the worst of it. Why is Costa funding its staff initiatives – which it should be funding anyway – with a borrowed rainbow? That’s an HR cost, mate.

If you would like to make Pride, or any other cause, a part of your brand’s campaign strategy, write it in. Don’t decide to do ‘something’ the month before. Research, ask your colleagues, investigate charities you can support and try to come up with something meaningful that ties into your brand.

Read my article about diversity as a key ingredient of authenticity. Employ different kinds of people and you’ll grow your internal expertise. Winner.