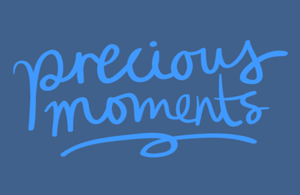 Those of you on Twitter (and you probably wouldn’t be reading this if you weren’t) will have noticed and likely ignored the new tab sitting between Home and Notifications.

Twitter Moments is an ~ick~ curation of the platform’s topics.

You can filter by news or entertainment, or just chuck the whole lot into your conscious, swallowing the world’s concerns in one gulp of nonsense. Because when it comes to what the world seems to care about, Twitter Moments is not the most enlightening start to your day.

1. Curation is hot and makes money

Everyone from Pinterest to Snapchat’s curating these days. This isn’t even Twitter’s first stab at it – remember the neglected Discover button? Yeah, thought not. No one used that either.

Discover used to show you content and tweets that were doing the rounds, as well as introduce you to new accounts to follow. If that sounds kind of familiar, it’s because Moments is basically exactly the same.

Twitter calls Moments, “the best of what’s happening on Twitter in an instant.” I’d say ‘best’ is a very loose description of the content you’ll be served in Moments – unless you really love Donald Trump and the Daily Mail.

So why remove Discover in April 2015, only to reintroduce Moments in October? Well, money. Obviously. Twitter couldn’t easily monetise Discover because it was a long-standing existing feature.

By taking it away, rebranding it and chucking in a few extra features, Twitter can now start pushing promoted Moments on brands. Expect a lot of Superbowl over the next couple of weeks.

Twitter made a big move last year by opening external links WITHIN Twitter, so no one can ever leave. Adding a newsy feature means Twitter can grow itself as a news source, which it arguably has become for many, many people. I’m one of them – I visit zero news sites; all knowledge is gleaned from Twitter.

You’d think that would make me a Moments fan but the reason I like Twitter for news is that by the time a story has broken, myriad discussions are already happening for me to get involved in. I don’t like feeding the agenda of organised media; Moments feels way too staged for me.

Signing up to a new platform can mean a pretty stark news feed. With Moments, you can be inundated with rubbish before you’ve even followed your colleagues and Benedict Cumberbatch.

I’m sure Twitter thinks that’ll hook you nice and quick so you don’t lose interest before your network grows.

Why do I care?

Fairly likely that you don’t – and shouldn’t. I don’t see Twitter Moments being an affordable marketing opportunity for a small business. The only way you’re going to get on there is if you accidentally make headlines – and that rarely means something good.

So, no need to worry that you should be doing something with Moments. I release you!